Sarah Silverman reassures Americans: You can still be a 'super rich a*shole' if Sanders is president 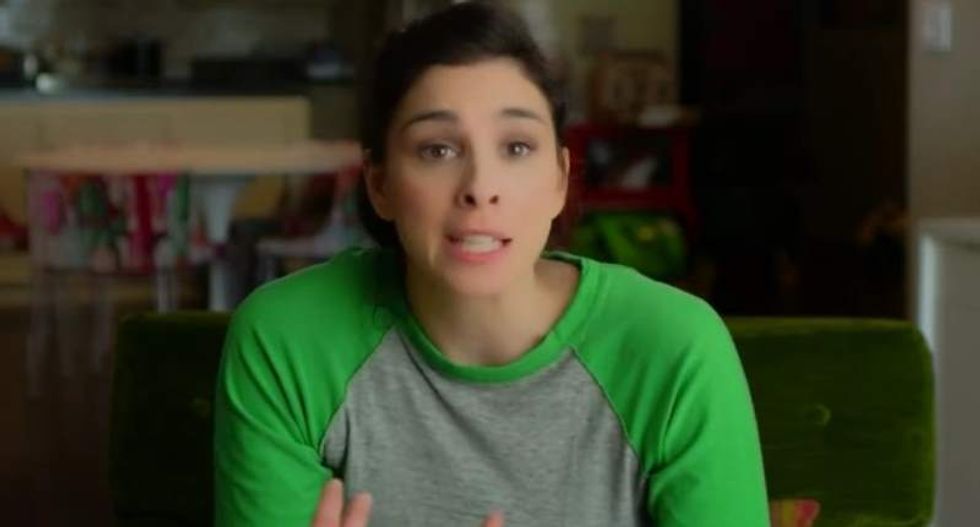 Actress and comedian Sarah Silverman released a video on Monday expanding on her support for Sen. Bernie Sanders (I-VT) in the race for the Democratic presidential nomination, the Daily Beast reported.

"This man is running for president on a platform that is just a giant 'f*ck you' to the above-the-law billionaire class who have been controlling government policy with their money and not paying a nickel in taxes through government loopholes they secure with said money."

Silverman also identified herself as a former supporter of Sanders' opponent, former Secretary of State Hillary Clinton, even though it meant rationalizing Clinton's financial support on the part of corporate donors.

"Every politician takes money from big money, ever since it was made legal through Citizens United," Silverman explained. "It's legalized corruption. If all the other ball players are taking steroids, you have to take steroids too to compete, right?"

She said that she felt she had more in common with Sanders' platform, emphasizing his reliance thus far on individual donors, while also rejecting the notion that his being a Democratic Socialist would be bad for the country.

"Good lord, under President Sanders, don't worry, you can still become a super-rich a*shole," Silverman said. "It's just that your fellow hard-working citizens don’t have to feed their children cat food in order for you to do it."

At the same time, she assured viewers she did not want to push anyone into voting.

"If you vote or not, that's not my business -- I'm not your mommy," she said. "Though like your mommy, I have a completely full b*sh."

Watch Silverman's statement, as posted on her Facebook page, below.

BERNIE SANDERS IS THE ONE FOR ME: Sarah Silverman Explains

Friendos! I made this vid about why I'm voting #BERNIE. Hope u eat it up. Bernie Sanders JASH