Shepard Smith slaps down Donald Trump from Brussels: No, it is not 'a horror show' here 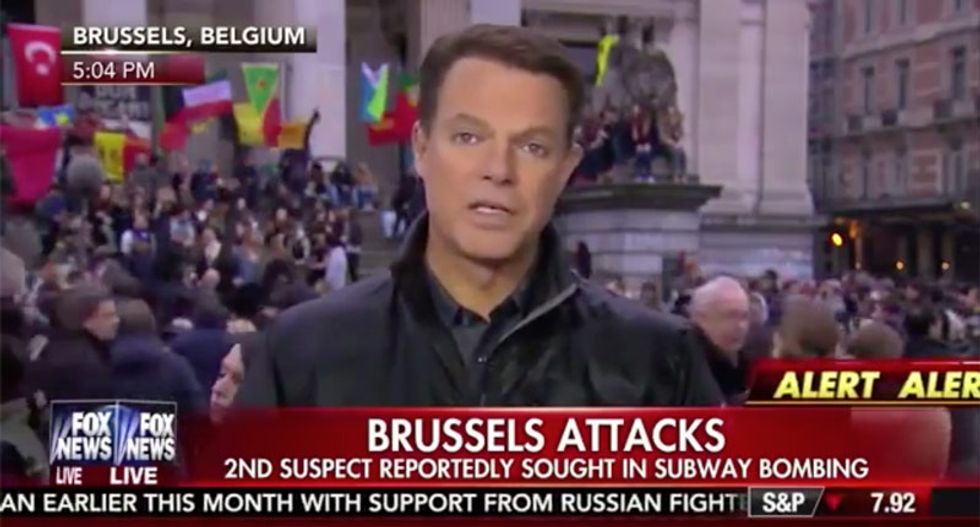 Shepard Smith castigated Donald Trump on Thursday, during his own reporting for Fox News on location in the wake of the terror attack in Brussels — an event for which Trump's public reaction has now been given a starring role in the latest ISIS propaganda video.

"We don't show those videos because they are propaganda, but I think it's important for you to know in general what's on it," Smith explained. "They're basically saying, in nine minutes of propaganda, that this will rain down all over Europe. And always at the beginning of these videos they show some news clips, usually a news anchor reading a couple of things. And they did in this one.

"I must tell you the locals are taking great exception toward that, word of it has spread around here quite quickly. Brussels has Arab neighborhoods where there are problems, where there's great division and great problems with the communities, where law enforcement don't speak with the Feds, there's no question that they have some problems in local areas.

"But Brussels is not a horror show from our experience, and not from those who we've met here. The streets are beautiful, the people are as lovely as they can be. We've enjoyed their company, and they've treated us like guests in their own home. Brussels is a beautiful old European city, and a wonderful place to visit. People here at least are upset that that's how it's being characterized by the leading Republican for the office in the United States — a 'horror show' it is not."