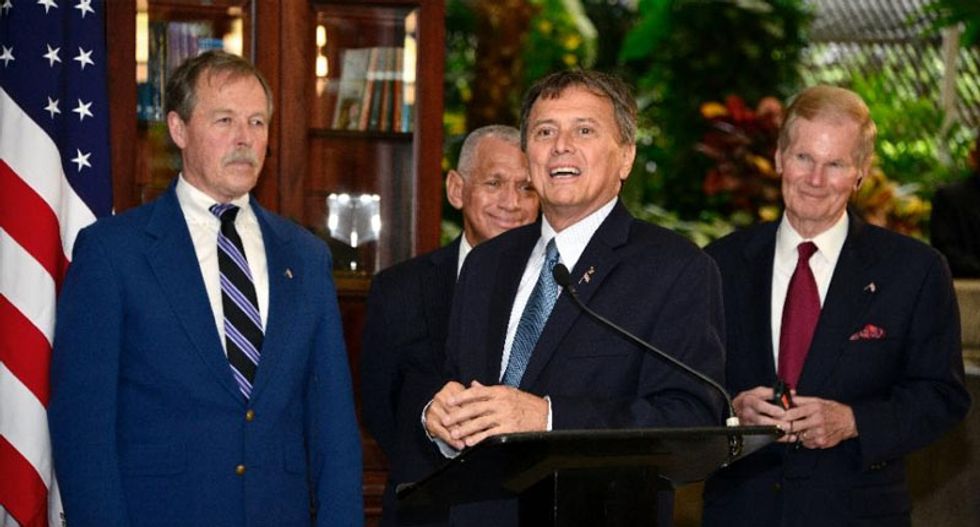 Space shouldn't be the privileged domain of big countries but a frontier open to all, astronauts and scientists gathered in Costa Rica said Monday.

Even the smallest nations benefit from access to space technology, for example, improving farming and providing better understanding of oceans, weather and climactic changes, they told a news conference at the beginning of a weeklong forum.

"Thirty years ago, when we were in space, we all looked out the window and saw our blue planet," said Bill Nelson, a US senator and former astronaut who participated in a 1986 voyage on the space shuttle Columbia.

Nelson and other members of that mission were invited to San Jose by another crew member, US-Costa Rican astronaut Franklin Chang, to commemorate the 30th anniversary of that shuttle expedition.

Chang, who pioneers plasma research in Costa Rica, underlined that the space technology sector is worth $300 billion and growing at five percent annually.

"Space is our future and should be shared by all human beings," he said, urging "a future of collaboration and not confrontation, of inclusion and not exclusion."

The event also drew more than 120 astronauts and scientists.

The president noted that all the Central American countries were working together to build a mini-satellite forecast to be launched in 2018 to monitor the region's forests.

"We should look after space as much as we do our planet," he said, adding that responsible and shared work in the area should be for "the benefit of humanity."

The director of the UN Office for Outer Space Affairs, Simonetta Di Pippo, told the news conference that the forum in Costa Rica would "increase awareness about the benefits of human space technology and its multiple applications."