Teacher gets punished after student steals her racy pictures 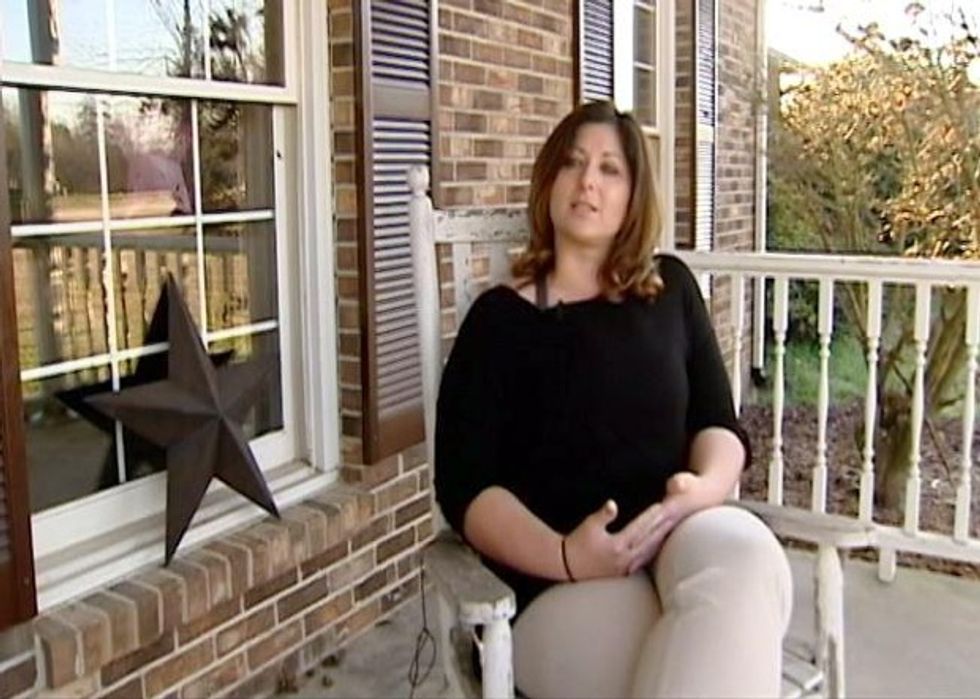 Educator Leigh Anne Arthur was fired after a student looked through her phone and shared her racy pictures with his friends.

How many women are going to get fired from their jobs simply for having sexualized body parts that have been documented in photos? That's the question I asked myself after coming across the story of a South Carolina engineering teacher who was just forced to resign because one of her students violated her privacy and sent her semi-nude photos to his classmates.

It all started after Union County High School teacher Leigh Anne Arthur briefly left her classroom to monitor the halls. While she was away, one of her 16-year-old students went through her unlocked phone and found partially undressed images of the educator, which were meant for her husband. He then proceeded to let the class know that he would send the pictures to anyone who wanted them.

"He told the whole class that he would send them to whoever wanted them,” Arthur told TV station WSPA. The student "told me 'your day of reckoning is coming,'" she added.

You would think the administrators would be fair and smart enough to stand behind their colleague who just had her privacy grossly violated. But if you're a naive individual like me who still believes in fairness, you'd be wrong.

Interim Superintendent David Eubanks held Arthur responsible because her phone was unlocked, and even mentioned that the teacher may have contributed to the "delinquency of a minor." In the end, Arthur was asked to resign or eventually get fired. She chose to step down.

It's unclear whether the unidentified student will get any punishment, which sends a horrible message. In fact this could have been a great teachable moment for the students, but the adults missed out on the opportunity because they're too wrapped up in shaming adults who happen to do adult things during their free time.

Teaching kids to value privacy is incredibly important, but the US as a whole has been undervaluing privacy for a while now. It starts from the top down with the government indiscriminately spying on every American in the name of national security. Now we can rely on kids spying in on adults and getting rewarded for it.

We also need to get to a point where something as normal and natural as the human body doesn't shock everyone and provoke unnecessary punishment. Every single one of the administrators and teachers at Union County High has genitals, and each one of them has probably used their bodies in a sexual manner. The fact that they refused to empathize their peer and opted to punish her for being a human is pathetic.

There are online petitions to get Arthur her job back, but she's unsure whether or not she wants to teach at a school that's run by children. I can't say I blame her.

Ana Kasparian's #NoFilter Opinion
Report typos and corrections to: corrections@rawstory.com.
Like this article ? Text `Support` to 50123 to donate.
READ COMMENTS - JOIN THE DISCUSSION