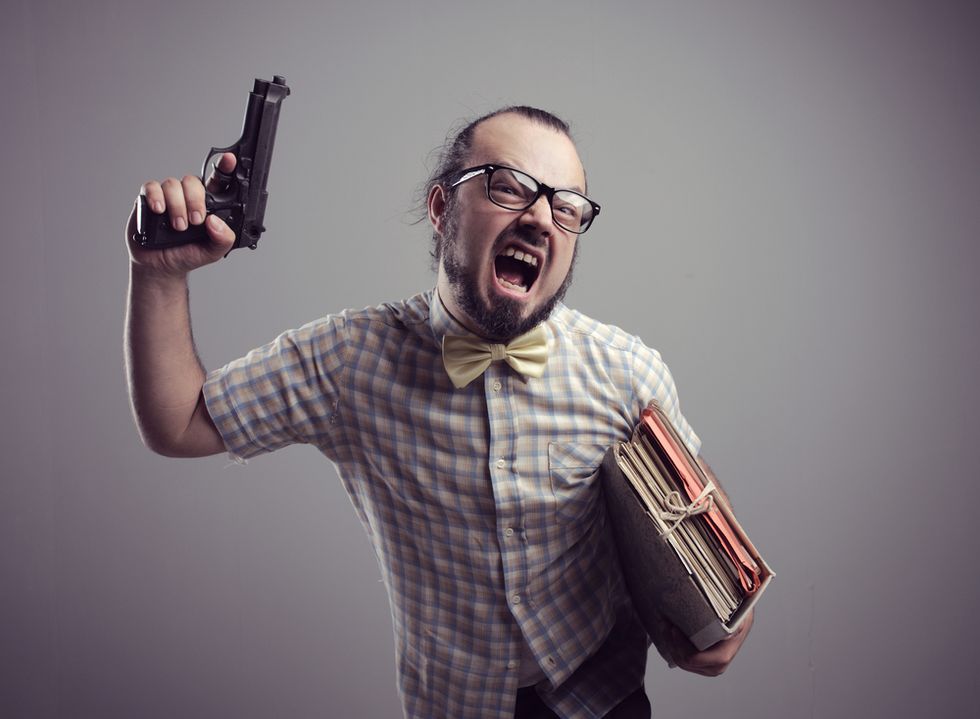 Whenever headhunters called, Frederick Steiner would tell them thanks but no thanks - he was content in his job as dean of the school of architecture at the University of Texas at Austin. Then the state passed a “campus carry” law and recruiters heard a different answer.

Amid fears that the law’s passage is leading to a “brain drain” of academics and will discourage students from applying, Steiner’s is a high profile departure tied to the new statute. One of the university’s most distinguished professors, he will become the dean of the University of Pennsylvania School of Design in the summer.

“I was very happy in Austin and love the University of Texas and the school of architecture,” he said. But the law, on top of worries over the effect of budget cuts, persuaded him to move to his alma mater.

“I in a way felt that public higher education was under assault, and then the campus carry bill came along and required us to allow people with concealed handgun permits to be inside of buildings and it excluded private universities in the state, even though many of the private universities receive various big subsidies,” he said. “In that context, when I was called in the fall by several universities I didn’t say no.”

The law goes into effect on 1 August. It requires public universities in Texas to allow license-holders – who must be aged over 21 and must have undergone background checks and rudimentary training – to carry concealed handguns on most parts of campus. Private universities can opt out and so far all the state’s major institutions have chosen that route.

Driven by passionate campaigns from faculty and students in Austin, the University of Texas, the state’s pre-eminent public university, has led the fightback against the bill, which was passed by Texas’ Republican-dominated legislature last year. The law allows for limited gun-free zones in certain sensitive places such as laboratories containing dangerous chemicals. But last month Gregory Fenves, the university’s president, reluctantly concluded in a report finalising his campus policies that weapons could not be banned from classrooms.

While proponents argue that more guns on campus may enhance personal safety, and would allow the exercise of second amendment rights, critics reject the security claim and say that campus carry will impact free speech because students and faculty will be wary of exchanging controversial ideas and entering into heated debates with people who may be packing a pistol.

“For me it’s not so much intimidation, I’m not so concerned about my personal safety, it’s more a question of appropriateness. When universities began, they basically began in cloisters and monasteries. And it was a refuge for learning. And so I think the deep origins of the western university is a place of safety, a place away from weapons,” Steiner said. “It doesn’t seem to fit an academic environment and I can’t see how it enhances learning in any way - and possibly inhibits it.”

Steiner said that he had spoken with several other faculty members who are concerned about the law and are reconsidering their futures.

“There was a shooting in Ohio at a school not far from where I grew up and where my grandniece goes to school in the same area,” Steiner said. “Gun violence is not an abstract phenomenon in the United States. I think we take it for granted because it’s a daily occurrence in the workplace and other school environments. I think not to be concerned about it would not be a very responsible thing to do.”

Media studied professor Siva Vaidhyanathan echoed that concern. The University of Virginia professor was a finalist for the role of dean at the University of Texas’s college of communication and in many ways would have relished a return to the place where he earned two degrees. “I love the University of Texas with all my heart,” he said. However, when it became clear that guns would be allowed in classrooms, he withdrew from consideration.

Awareness of the risk of mass shootings on campus is particularly acute in Virginia, where a student shot 32 people dead and injured 17 others at Virginia Tech in 2007. Many who were personally touched by the tragedy advocated for tougher gun laws .

Vaidhyanathan believes that major colleges are acutely conscious of the possibility of gun violence and have adopted rapid response plans using law enforcement officers that are the best way to handle incidents. The argument that campus carry will boost safety is nonsense, he said.

“In the absence of any evidence beyond Hollywood movies starring Bruce Willis, we have leaders basically capitulating to fantasy and stupidity in this weird belief that untrained, unprepared individuals can somehow react to the most horrible and sudden of circumstances in a sober and appropriate way,” he said. “For an institution of higher learning to be forced to capitulate to such stupidity is truly shameful.”

Vaidhyanathan remains concerned that such laws tarnish the collegiate atmosphere.

“The legislature of the state of Texas has not only decided that university classrooms should be less safe than they were before, because they’re basically inviting accidents, misjudgments and potential hostility, but they’ve also decided that the classroom is a potential battlefield instead of a place for contemplation and deliberation.”