The tragedy of Darryl Hunt: How a wrongly convicted man came to take his own life 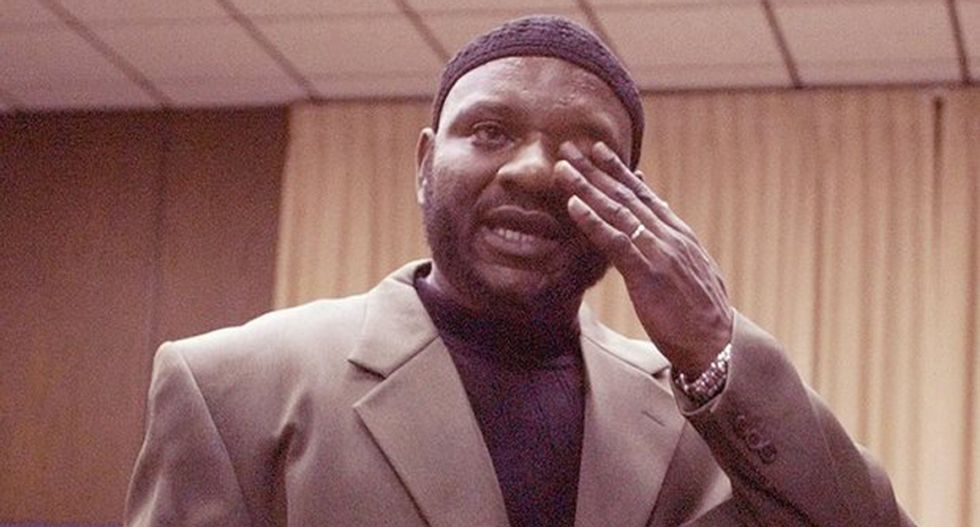 On the morning of 6 February 2004, the eyes of Winston Salem fell upon Darryl Hunt, who had calmly waited for this day, uncertain if it would ever arrive. By noon that Friday, judge Anderson Cromer would exonerate the 38-year-old inmate for his role in the 1984 murder of Deborah Sykes; but first, he listened to her mother, Evelyn Jefferson, who berated him for a ruling that would “set free a guilty man”.

Before Hunt left the courthouse, he turned toward Jefferson, his voice warbling with emotion, and told her: “I feel the pain you felt.”

Starting that day, Hunt devoted his life to reforming a criminal justice system that had stripped him of nearly two decades of his life, becoming a globally known advocate for the wrongfully convicted with a similar kind of grace he showed Jefferson.

Last weekend, the 51-year-old advocate was found dead in a friend’s locked pick-up truck with a gun in what police have deemed a suicide.

“Physical evidence found inside the vehicle, as well as other investigative findings thus far, is indicative of Darryl Hunt having suffered a self-inflicted gunshot wound,” Winston Salem police said in a statement.

The police force that found him was the same one that arrested him 32 years ago for the rape and murder of Sykes, a 25-year-old copy editor for the Winston-Salem Sentinel. When attorney Mark Rabil first met Hunt, he was struck by the teenager’s peaceful demeanor and unfettered willingness to prove his innocence no matter the costs.

“I was scared,” Rabil recalls. “Everything that had been in the media, [the police] said they had all these witnesses, and I assumed they had the guy, and our job was to save him from the death penalty. In my 35 years practicing law, there’s never been this suddenness of me being convinced of innocence as I was in that first hour with Darryl.”

In 1985, Hunt was convicted of first-degree murder, but thanks to a lone juror, was spared the death penalty. However, a higher court overturned his conviction on a technicality, granting him his freedom in 1989. Faced with a retrial in rural Catawba County, prosecutors offered a plea bargain to Hunt that would have set him free. Rather that admit guilt, Hunt turned down the deal, leaving his fate in the hands of an all-white jury, which went on to convict him in 1990.

Four years later, DNA testing found Hunt’s semen didn’t match the evidence collected from the crime scene. But it wasn’t until a series of appeals and another DNA test in December 2003 linked the crime to Willard Brown, who later confessed, that Hunt was released.

That Christmas Eve Hunt signed the papers for his release, and left the Forsyth County Jail for good.

Hunt, who would receive more than $2m in compensation from the city and state, immediately began to speak out about his wrongful conviction after his exoneration. Stephen Dear, executive director of People of Faith Against the Death Penalty, believed he had every right to retreat from the public spotlight. Instead of leaving Winston Salem behind, Hunt stayed so that no one would forget what had happened.

“His face was a reminder to the people who put him away,” Rabil says. “Certain district attorneys would cross the street rather than face him. Everything would go quiet when he walked in a courtroom.”

Hunt founded the Darryl Hunt Project for Freedom and Justice to help exonerate wrongfully convicted individuals. Over the years, a documentary and two books would be released about his life. Hunt received countless offers to speak about his wrongful conviction, which turned him into a well-known criminal justice activist around the world.

“This community, locally and statewide, had such high expectations of him,” says Phoebe Zerwick, an investigative reporter who covered Hunt’s case for the Winston-Salem Journal. “It must have been a huge burden. At the same time, it gave him purpose.”

According to Dear, Hunt played a crucial role in turning North Carolina from a state that once had the fifth-highest execution rate to one that has had a moratorium in place for nearly a decade. Hunt also pushed for the passage of the North Carolina Racial Justice Act of 2009 that banned race from being used as a factor in determining whether someone should be executed. (State lawmakers would repeal the act in 2014.)

Ultimately, Dear says, Hunt’s lasting impact may very well be that his case helped bring about the creation of the North Carolina’s Innocence Inquiry Commission, a state agency tasked solely with investigating wrongful convictions. In nine years, the commission has exonerated nine inmates.

Theresa Newman, co-director of Duke University Law School’s Wrongful Convictions Clinic, also watched Hunt’s devotion to his cause in smaller arenas such as talking to students at law school orientations. Zerwick, who now teaches writing at Wake Forest University, said he was even willing to speak to her undergraduate freshmen students. That desire to help others trickled down to nearly every local person leaving prison who sought a smooth transition back into society. Though admirable, Newman says, Hunt also struggled to say no to people, even if it would be better for his health.

“He felt like he owed something and had to pay it back,” Newman says. “I’ve never met everyone who was more selfless. He never really took time for himself. He wasn’t a good caregiver to himself.”

As the years passed, his friends watched the work take a toll on Hunt. At one point, Zerwick recalls, Hunt stopped watching the documentary that would screen before his panel discussions because it became “too difficult to constantly relive that horrible experience.” Nevertheless, Hunt continued to “give injustice a face and a name,” Newman said.

“He was the voice of the voiceless,” Rabil said, “who was wounded by 20 years of wrongful incarceration and taking on the burdens of so many people and fighting systems that can’t be changed in one lifetime.”

Over the past few years, Hunt fell upon a period of increasing hard luck that started with a divorce from his wife. In September 2014, April Hunt filed a domestic violence complaint in which he allegedly “talked about how worthless he is and [that he] should die”. (Hunt’s lawyer, David Hough, denied those claims at the time.) Soon after, Hunt left town for metro Atlanta in search of his long-lost sister. After finding her, Hunt rented a house in Jonesboro, Georgia, where he stayed with his sister and her teenage kids, all while he underwent treatment for prostate cancer.

In early 2016, Rabil said, Hunt returned to Winston Salem because he “missed the work”. Upon moving back, he discovered his assets had been frozen, which led to the repossession of his truck due to a missed payment. As that happened, his cancer had advanced to a Stage IV prognosis. All the while, Hunt’s depression seemed to grow, becoming increasingly evident to his friends, despite his private nature.

In the last month of his life, Hunt traveled to the University of Virginia for a speaking engagement at its public policy school. Though Rabil says he seemed “distracted”, Hunt had planned to speak at a retreat for a new nonprofit called Healing Justice, which seeks to mend the “extensive human damage” stemming from wrongful convictions,” and receive an award from the American Civil Liberties Union’s North Carolina Chapter.