Three-star general on CNN destroys Trump over torture: ‘The military is not his palace guards’ 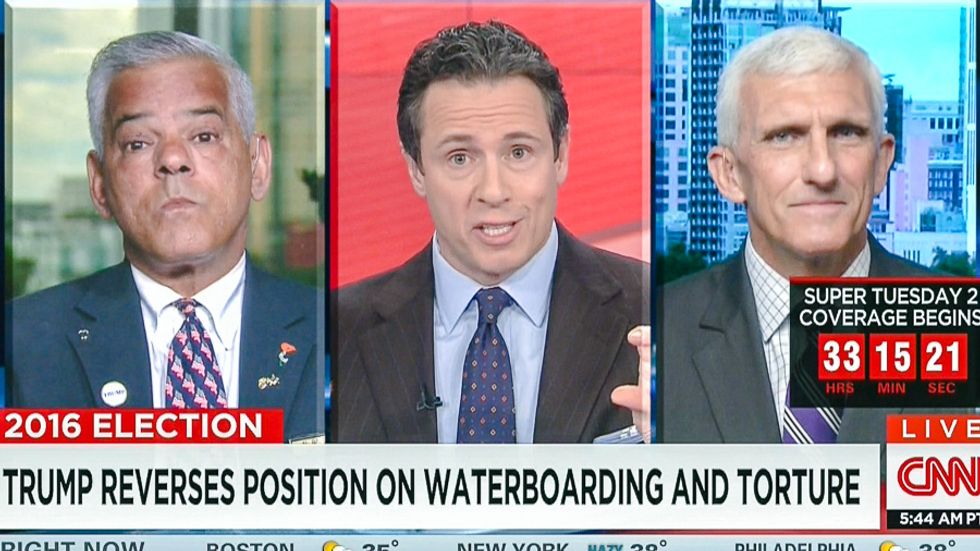 At a recent debate, Trump had suggested that the military would follow his orders to commit war crimes like murdering the families of suspected terrorists and the use of torture. But he later reversed course and vowed not to violate international laws.

"What he saying is, basically, they're cutting off heads," Baldasaro, a Trump supporter, told CNN host Chris Cuomo on Monday. "Was it American values when Ronald Reagan killed the family of Gaddafi and he was silenced for 25 years. How about on Obama, who killed the son and shot the wife there with SEAL Team Six when he killed [Osama bin Laden]?"

Hertling pointed out that there were no indications that torture was an effective method for gathering intelligence.

"And the military has never done enhanced interrogation techniques," he noted. "But the second thing that scared me... Mr. Trump said he was going to order the military to do this and they will -- quote -- 'They will do what I tell them to do, they're not going to refuse me, if I say do it they're going to do it.'"

"It's toxic leadership," Hertling continued. "And someone needs to remind Mr. Trump that that the military is not palace guards. They take an oath to defend the Constitution of the United States against all enemies foreign and domestic."