Trevor Noah hammers Cruz: You're a 'sanctimonious jackass' for harping on Obama after Brussels attacks 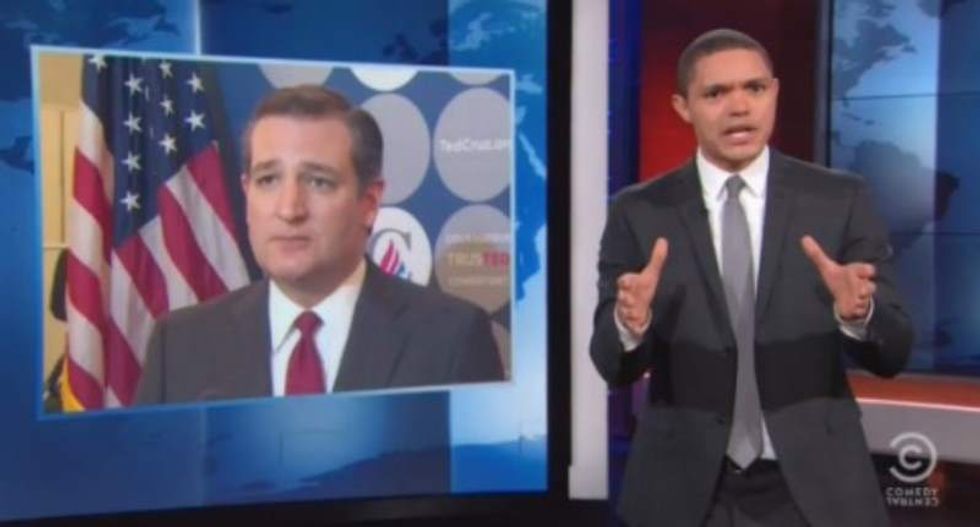 "First of all, you're a sanctimonious jackass," Noah said of Cruz. "Second of all, President Obama doesn't need to go to Belgium for them to know that he's an ally. It's not like all the European presidents went to Belgium after the attacks -- and they're within driving distance."

The Tea Party lawmaker and Republican presidential candidate instead accused Obama of "yukking it up with Communist dictators" because he did not cut short his historic visit to Cuba to journey to Belgium, instead.

"You don't see me yukking it up with dictators -- or with anyone," Noah said, impersonating the senators. "I try to, but every time I laugh, their skin melts off their bones."

While Cruz was using the attack to score political points, Noah said, Obama did not let the attack interrupt his life, and instead took in a baseball game while in Cuba while also appearing on popular comedian Panfilo's long-running television show.

As Deadline reported, the president's guest-star turn was actually the payoff for a running gag in which Panfilo tries to phone the White House. This time, Obama actually answered, leading to the president showing up at Panfilo's home, where he got an impromptu serenade.

"Looking at that show, it's not just the cars they haven't changed in 50 years," Noah said of Panfilo.

Obama's appearance on Panfilo can be seen here.