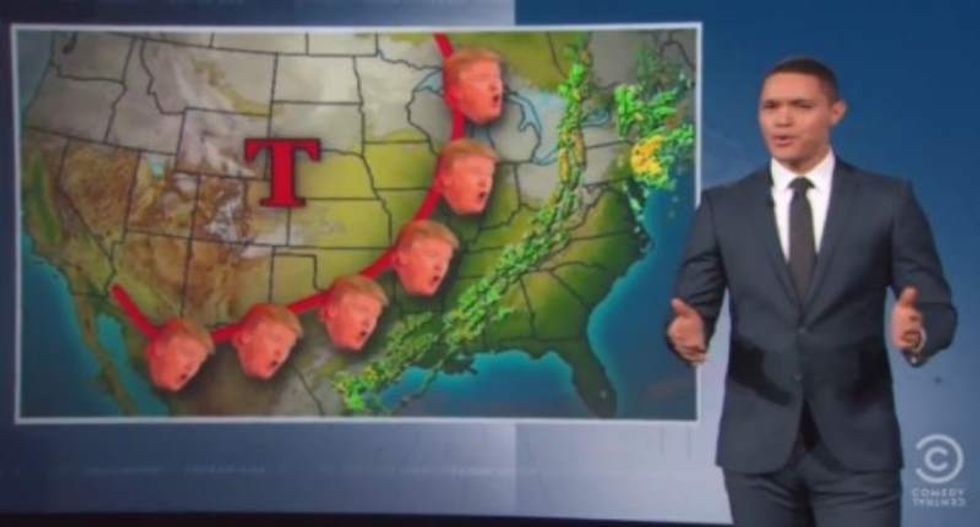 Daily Show host Trevor Noah explained on Wednesday that he came to two realizations while watching primary results come in a night earlier.

"People are batsh*t crazy," Noah said. "And also, a lot of Republicans are treating Donald Trump's takeover the way they treat climate change -- in other words, they deny it."

As proof, he mentioned Sen. Marco Rubio's (R-FL) attempt to somehow spin Trump's seven wins on Super Tuesday into a positive for himself.

"Like antibiotic-resistant bacteria, Donald Trump is an uncomfortable reality," the host said.

He also laughed at Sen. Ted Cruz (R-TX) for insisting that winning four out of 15 contests thus far made him the party's only viable challenger against the real estate magnate.

"You're not co-winners, Ted Cruz," Noah said. "Just the way he says it: 'Every one of those states has been won by Donald Trump or myself ... And if you look at myself and Jay-Z combined, we have both slept with Beyoncé on numerous occasions, and that is why I will stop Obama.'"

The saddest part of the whole affair, he said, was that political climate change and its environmental counterpart shared one characteristic.

"Regardless of whose fault it is, Republican denial is going to end up hurting all of us," Noah said.

Watch his commentary, as posted online, below.