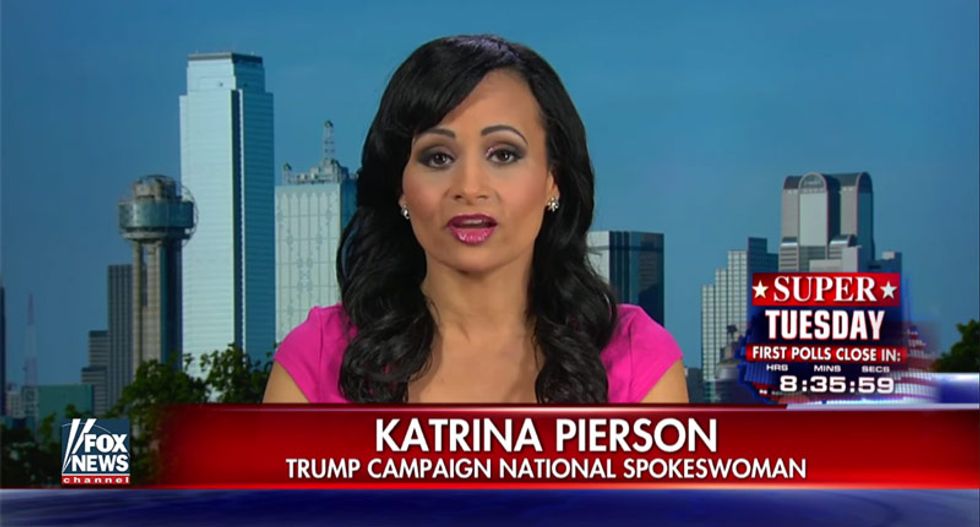 Donald Trump's spokeswoman Katrina Pierson gave an interesting reply Tuesday to a new ad from an anti-Trump conservative super PAC, which featured women reading back offensive things The Donald has said about many different women over the years.

"I really don't think this is gonna be a problem. A lot of those statements are what Mr. Trump made as a television character," Pierson said, during an appearance on Fox News. "So I don't think that some of that is gonna stick. Again, everyone knows who Mr. Trump is — that's why they're having a very hard time, spending hundreds of millions trying to redefine who Mr. Trump is."

Watch the ad again, from the group Our Principles PAC.