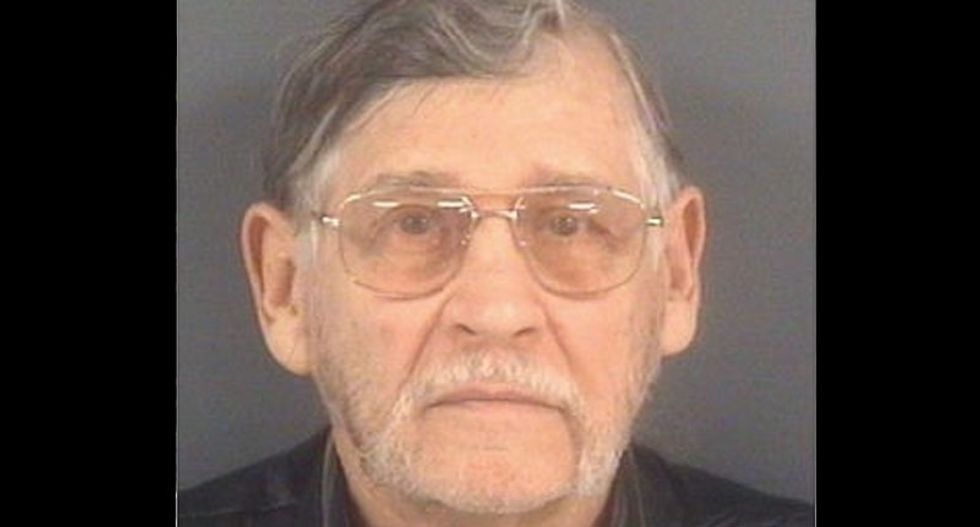 A supporter of Republican presidential candidate Donald Trump who was seen on video sucker-punching a black man in the face at a rally in North Carolina on Wednesday has been charged.

Cell phone video posted online showed a white man in a cowboy hat punching an unsuspecting black man during Trump's rallying in Fayetteville. The victim, later identified as Rakeem Jones, also said that he was targeted with racial slurs.

WRAL reported on Thursday that 78-year-old John McGraw of Linden, NC had been charged with assault and battery and disorderly conduct.

"No one should be subjected to such a cowardly, unprovoked act as that committed by McGraw," said Cumberland County Sheriff Earl Butler in a statement. "Regardless of political affiliation, speech, race, national origin, color, gender, bad reputation, prior acts, or political demonstration, no other citizen has the right to assault another person or to act in such a way as this defendant did. I hope that the courts will handle this matter with the appropriate severity for McGraw's severe and gross violation of this victim's rights."

Watch video of the assault below.