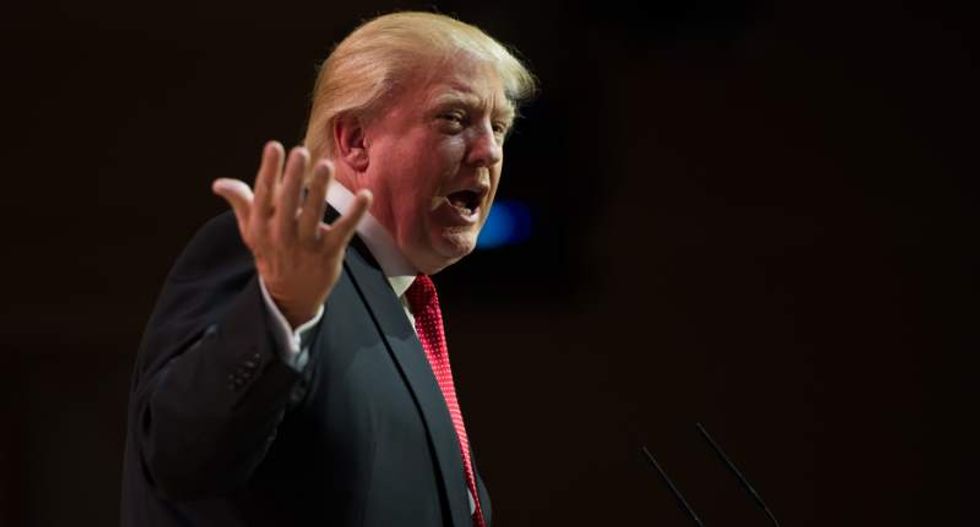 The video puts the viewer behind the wheel as it drives through Jersey City where Trump's tower would stand. While images of the building from different vantage points play across the screen, "Woke Up This Morning" the theme song from "The Sopranos" blares.

Trump has also been critical of immigrant visas that he counts on for projects like this. In August, he released his immigration blueprint and said that visas for skilled workers were part of the "disastrous" immigration policies that "destroyed our middle class." Trump even went so far as to blame China on the campaign trail saying, "They’ve taken our jobs, they’ve taken our money, they’ve taken everything."

Yet, Thursday during the Fox News Republican debate, Trump was singing a different tune claiming he changed his mind in the last six months on the visa program. Perhaps due to the millions of dollars Trump was able to raise through the controversial EB-5 visa program that offers an expedited visa to foreign investors, an overwhelming number of which come from China.

New York developers claim the program is essential for creating U.S. jobs and that the capital doesn't come at the expense of the U.S. government but Congress as well as Homeland Security have raised concerns because applications are rushed and sometimes cleared in less than a month providing less scrutiny.

According to the Bloomberg report, the US Immigration Fund said another of Trump's buildings in Toronto raised $50 million for development and roughly 25 percent of it came from foreign investment loans through the EB-5 program.