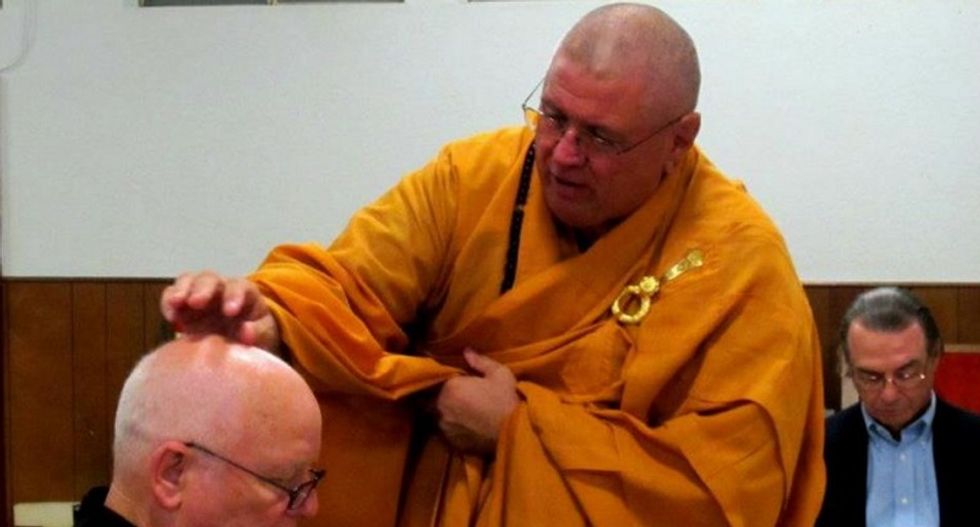 A Buddhist monk was assaulted in Oregon by a man who mistook him for a Muslim, KATU reports.

Kozen Sampson, 66, told the station he was visiting Hood River on Monday when he heard a man yelling at him.

"I pulled over, someone ran up and yelled. I turned around, they kicked the door, hit me in the side of the face and knocked my head into the frame of the car," Sampson told KATU. "I do remember [him yelling] an F bomb [about] Muslims, and that was it."

But Sampson said he is trying to spread a message of tolerance and love -- and it seems to be working.

"I don't know the Islamic faith well, but I do know that Muslims are our brothers and sisters and I would encourage everyone to just take a hard look at how supportive are you of all God's children," Sampson told the station.

He said he pitied the man.

"I was thinking, 'That poor man.' Can you imagine living your life in fear and anger? Can you imagine wanting to do something that you had to hurt somebody?" he told KATU.

In response to the incident, Hood River residents are planning a candlelight vigil in the name of peace and tolerance.

“We have a country trying to find its tone,” Sampson told Hood River News. “There are some politicians who have people riled up as they seek to build their power base. They are not seeing everyone as a part of the human family. We need to find a kinder way to approach our differences and look at the rest of life.”