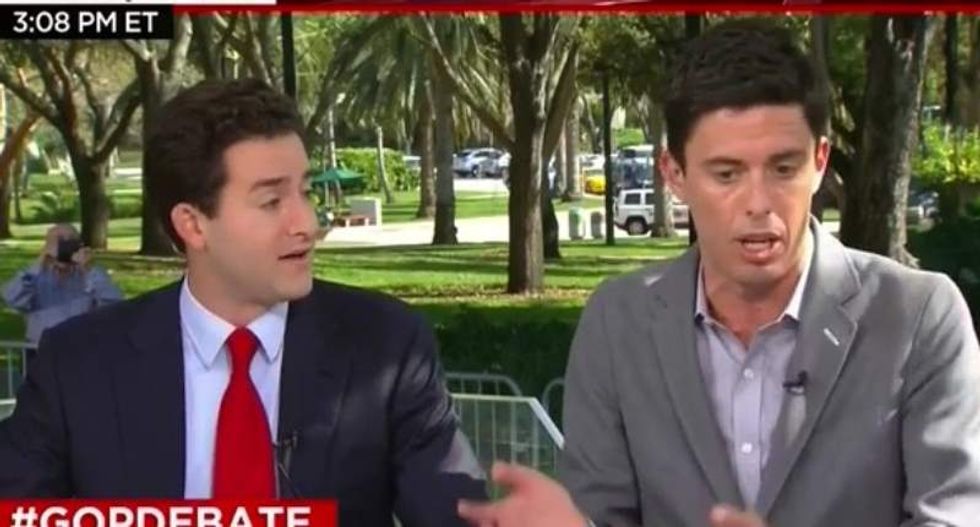 A former contestant on Donald Trump's Apprentice was put on the spot on Thursday during a panel discussion on CNN, Talking Points Memo reported.

Andy Dean was in the middle of a debate with Tim Miller, a former aide to Jeb Bush's campaign, when Miller said, "Here's the thing: the Donald Trump guys try to seem tough, they try to seem strong," while motioning toward Dean.

"That's why you're sitting in a booster chair right now," Miller shot back. "Because you want to seem tall and strong."

Miller, who now works for an anti-Trump super PAC, ignored Dean's remark, saying, "It's not strong to insult people of a certain religion. It is really weak and it is really insecure."

According to Gawker, Dean worked for Trump Productions after appearing on the GOP front-runner's reality show.