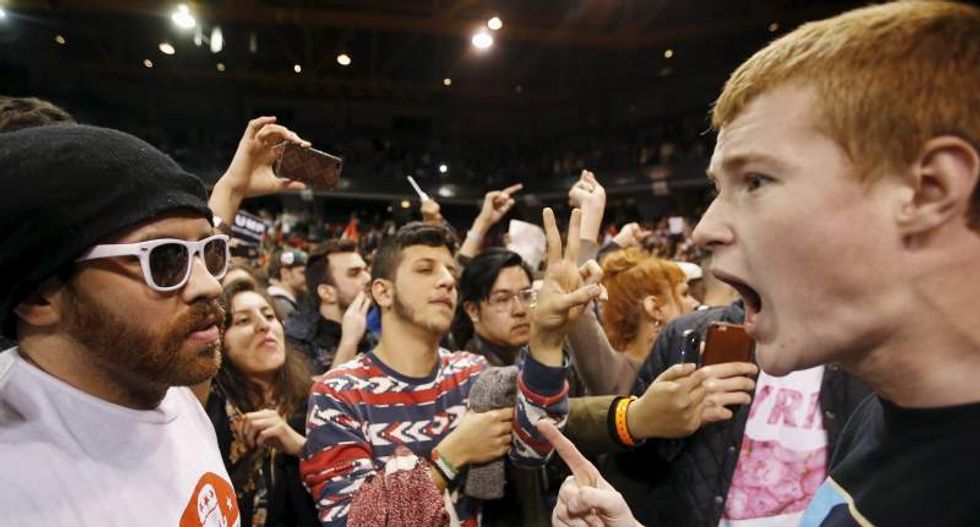 A Donald Trump supporter (R) yells at a demonstrator (L) after Republican U.S. presidential candidate Donald Trump cancelled his rally at the University of Illinois at Chicago on March 11, 2016. (Reuters/Kamil Krzaczynski)

The rally comes hours after further reports of violence by his supporters, this time at an event in St. Louis. Trump backers were captured on video insulting critics of the candidate's anti-Muslim rhetoric, while a local activist was bloodied outside that rally.

WMAQ-TV reported that protesters have already been kicked out of the Chicago rally, which is being held at the University of Illinois-Chicago Pavilion.

The event is also being streamed online, and can be seen below.