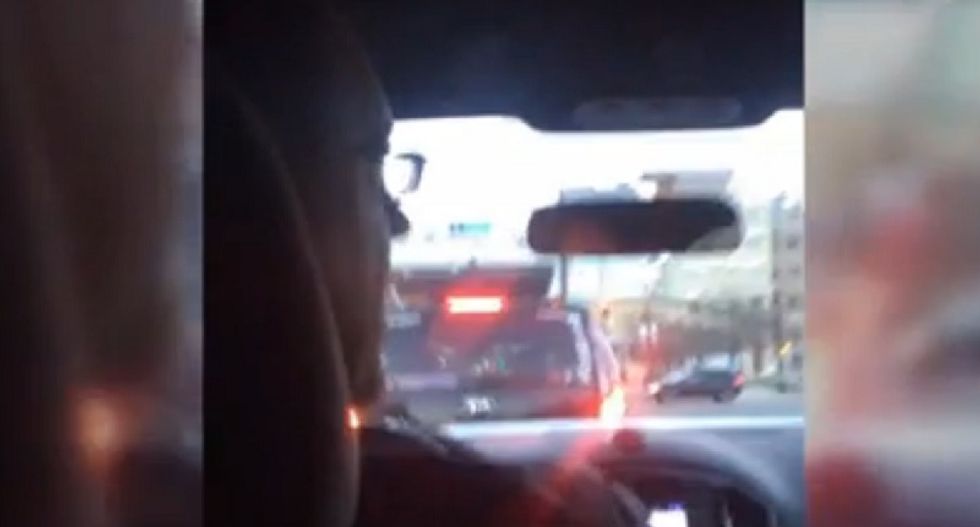 What happens when two Bernie Sanders fans get into a Lyft with an outspoken Donald Trump supporter for a driver?

It may sound like the beginnings of a Saturday Night Live sketch, but it actually happened -- and it was not funny, passenger Samuel Grenny told Fox13. Grenny and his girlfriend called Lyft to get to a rally for Democratic candidate, Sen. Bernie Sanders (I-VT) in Salt Lake City, but their driver, Dave, didn't think much of that and went on an obscenity-laced anti-Muslim rant.

Lyft quickly issued an apology and refund, and fired the driver, after the couple caught part of the exchange on film.

Grenny told the station that Dave got tense when he learned where the couple was headed, and wanted to talk about his candidate, GOP front-runner Donald Trump.

"You told me, in a cab that I’m paying for, that Muslims are pieces of [expletive],” Grenny says.

“Muslims are pieces of [expletive]," the driver responds.

“Oh good, please tell me some more about how you feel man,” Grenny says.

After the exchange gets more heated, Dave stops the car and tells the couple to get out.

“I felt prepared for the possibility of a physical confrontation,” Grenny told Fox13.

Grenny said he was happy about Lyft's swift banning of the driver because he feared what might have happened had he picked up a Muslim passenger.

“If he goes and picks up a Muslim who is in full garb, does he not pick them up, is he rude and horrible to them?" he said. "I don’t think there is a place for someone in the service industry who can’t treat all humans fairly."

Watch video of the exchange, as posted by Fox13, here: