Why doesn't anyone care about voter turnout? Well, it's complicated 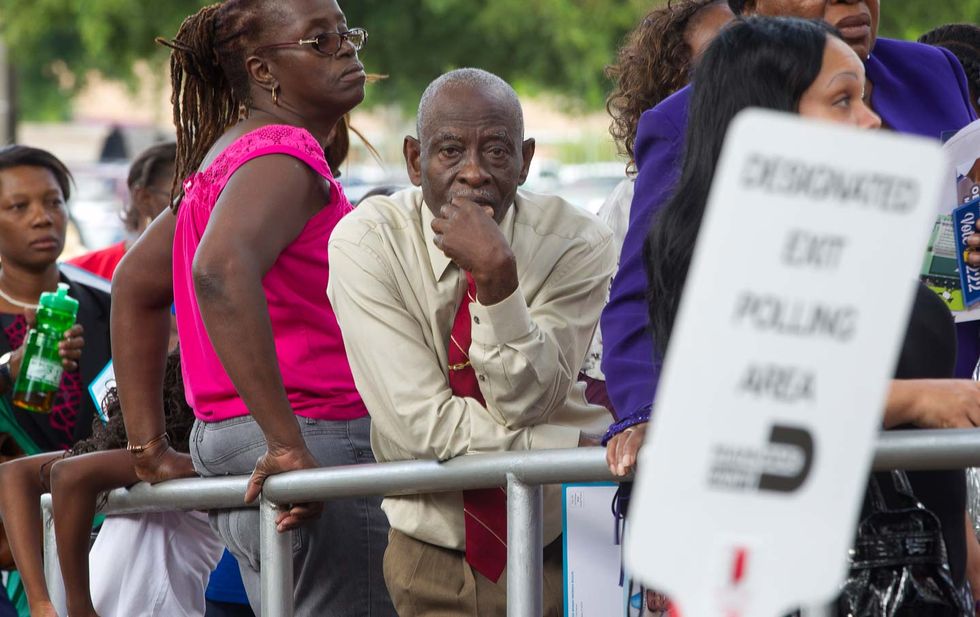 That might be a fair assumption but it’s a hard one to verify. During the last presidential election cycle in 2012, well over a third of eligible American voters – 41.4% – didn’t vote. As part of its nationwide current population survey, the Census Bureau asked them why.

“Voting doesn’t matter” isn’t among the list of options on the questionnaire. Since you probably are a voter yourself, you might be surprised to find out that most of the 41.4% of eligible Americans who didn’t vote in 2012 provide reasons that don’t neatly fit under the category “apathy”.

The most common reasons given are “too busy, conflicting schedule” (which is given by 19% of people who didn’t vote) and simply “not interested” (16%). For the uncynical, that latter comes the closest to supporting the widely held theory that Americans simply don’t care enough to vote. But it still only explains part of the story.

Usefully, the Census Bureau also give us some clues as to what the real people behind those numbers look like. The demographic data suggests there’s a lot more to low voter turnout than apathy. It also suggests that the most obvious explanation for these responses - that social shame means people are tweaking the truth here - just doesn’t cut it.

Take “illness or disability” for example. Only 3% of 18-24 year olds who didn’t vote said it was for those health reasons compared to 42% of those age 65 and over. Age also makes a big difference in how likely someone is to say they were “out of town” - the youngest respondents were three times more likely than the oldest to give this reason. That also seems plausible since Americans age 18 to 24 are the most mobile age group in the country. The “out of town” response also varied with income - 24% of those earning $150,000 and over said it was why they hadn’t voted compared to 3.5% of respondents earning less than $10,000.

Simply getting to the polls is a problem for some - particularly black Americans. In the Census Bureau data, 6% of black Americans said they didn’t vote because of “transportation problems” compared

with 3% of white Americans.

Once you have eliminated the responses “not interested”, “forgot to vote”, “didn’t like candidates or campaign issues” and (possibly ungenerously) “too busy” from the list of reasons, the remaining responses show that 49% of Americans didn’t vote because they believed they couldn’t vote or would face serious obstacles.

That number could explain why come candidates seem to overlook these Americans. It’s not simply a matter of changing their desire to vote - it’s also about their ability to do so.