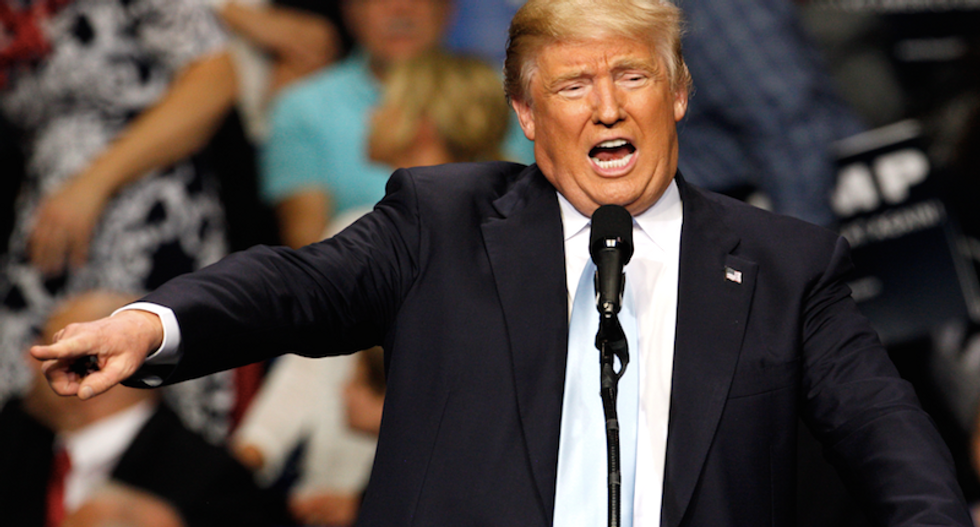 Donald Trump is getting a rude welcome today as he campaigns in Wisconsin: an editorial in the state's largest newspaper, The Milwaukee Journal Sentinel, calling for the defeat of his candidacy.

This also comes a day after Trump's merciless interview with right-wing talk radio host Charlie Sykes, in which the Wisconsin talker shredded The Donald on his public treatment of women, especially Ted Cruz's wife Heidi.

The newspaper editorial carries the headline, "By any measure, Donald Trump is unfit to be president."

And it kicks off with this: "No to Donald Trump.

"No to his bigotry.

"No to his contempt for women and minorities. No to his vague, clueless bluster about the problems facing the nation.

"No to Trumpism, which runs counter to the ideals of this nation of immigrants, to the notion that by working together under the rule of law, we can protect freedom and promote inclusion and fair play.

And things just get more severe from there.

"A Trump presidency would float down a river polluted by hyperbole and misstatement, tacking left to right, right to left, claiming up is down, white is black, night is day. A reality TV Wonderland," it says toward the end. "Only we live in the real world, where the words and choices of presidents can have momentous consequences — war and peace, feast or famine, freedom or tyranny, life or death."

"Voters can do the nation a huge service on April 5," it concludes. "They can say 'no' to Donald Trump."