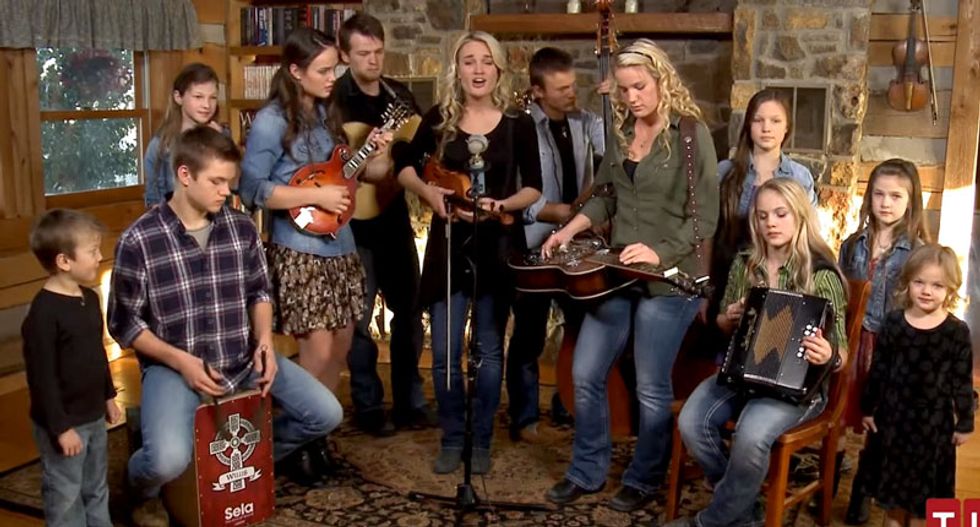 There’s been some speculation recently about whether the Willis Family, the musically-talented mega-family of 14 featured on TLC’s creatively-titled reality TV show, “The Willis Family,” follows the Quiverfull movement.

Toby and Brenda Willis, along with their one dozen lovely children, appear strikingly similar to TLC’s scandal-ridden Duggar Family … only with considerably more talent and rather less legalism. Like JimBob and Michelle, the Christian couple follows most, but not all of the lifestyle particulars promoted and practiced by Quiverfull families based on their “biblical worldview.”

Both the Willises and the Duggars share a strong faith and believe all children are an unmitigated blessing from God, both families embrace traditional gender roles, they homeschool and believe that college education is not a priority for their passels of kids, they both reject contemporary dating and believe adult children should seek parental approval of their future spouses, they insist on chastity before marriage, disapprove of comprehensive sex-education, both families home-church and teach their children that the earth was created in six days.

By comparison, Toby and Brenda are almost permissive parents. Their children are involved in a number of non-religious-based activities, and while they dress in what most would consider modest apparel, they’re certainly not afraid to show some skin. Bare arms and short skirts … obviously, this is not a truly Quiverfull family, right?!

It may seem like an exaggeration to say that Quiverfull families are everywhere, but when I describe the worldview and lifestyle, it never fails that at least one (usually several) people will recognize they personally know a Quiverfull family.

You probably do too.

Here’s a map of the U.S. from a website called The National Center for Family Integrated Churches (NCFIC) in which “Family Integrated” is code words for Quiverfull. NCFIC provides a network where Quiverfull churches and individual families can register in the hopes of finding “likeminded” fellowship and friends in their own communities. 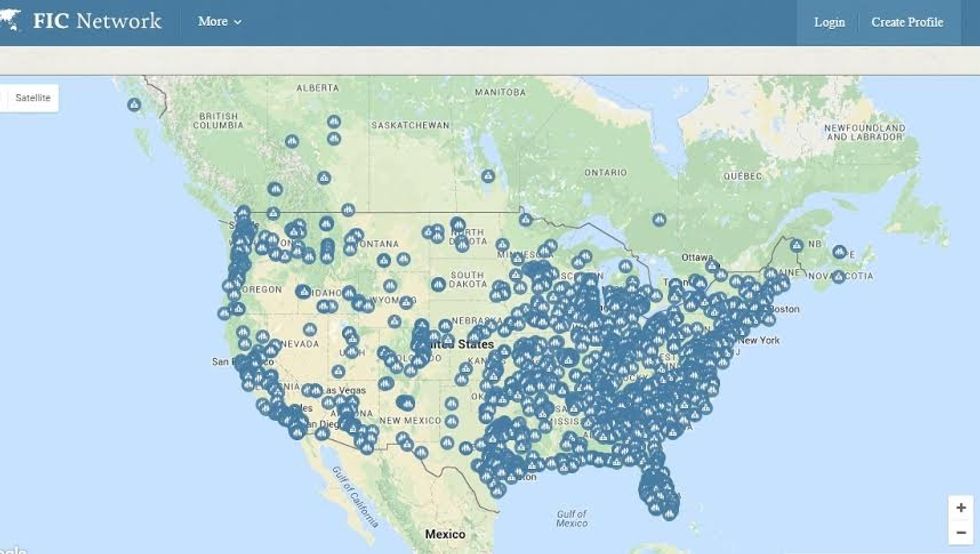 The NCFIC interactive map reveals that Truly True Christians™ are not concentrated in the Bible Belt. Wherever there are people, there are Quiverfull believers.

I once had a reporter from Sacramento tell me she doubted there were many Quiverfull Christians in her area. I pointed her to the NCFIC website where she was able to find quite a few, including a pastor who was willing to go on record stating that in a truly biblical society, women would not have the right to vote.

A Christian couple does not need to have a dozen or more kids to be Quiverfull, and not every extra large family follows the Quiverfull ideology. This is because, at the core, Quiverfull is not so much about how many children a couple has as it is about a MINDSET: it’s a way of viewing life through the lens of biblical literalism. A Quiverfull family is simply one that believes the Bible is the inerrant Word of God containing eternal principles for marriage and family AND they are actually putting those principles into practice in their daily lives.

Inquistor writer, Mandy Robinson points to the fact that Brenda Willis says the couple won’t be having a 13th child as evidence that the Willises are not Quiverfull. Brenda suffered a uterine rupture during the home birth of baby #11 - a quick trip to the hospital for a cesarean delivery saved her and the baby’s lives. But even the couple’s use of whatever form of birth control they’re relying on to prevent a potentially deadly conception does not automatically disqualify the Willis family from being Quiverfull believers.

Like I said, it’s all about what’s going on in their heads. After the uterine rupture, Brenda quickly (presumably unintentionally) conceived again - a pregnancy which she describes as “very tough.” Even knowing that she was risking her life, Brenda “chose” to continue the pregnancy and give birth to baby #12. That she was willing to martyr herself is a firm indication that she believes, as the Bible teaches, that God alone is the creator and giver of life … she believes strongly enough to live (or die) according to the words written in that Book.

Michelle Duggar has gone on record as being willing to conceive again (against her doctor’s advice) … she would accept death by childbirth as “God’s will.” This is because Michelle is obviously so enthrall to the Quiverfull ideal found in Psalm 127, “Children are a blessing from the Lord … happy is the man who has his quiver full of them,” that nothing - not even death - will deter her from fulfilling what she believes is God’s ultimate purpose for women: to serve her husband and to bear children.

Her decision not to have another baby was based on her husband, Toby’s desire to not be a widowed father of 13. It’s what HE wanted. Nowhere does Brenda indicate that she put her foot down and said, “Enough!”

I once knew a young Quiverfull mom who struggled with hyperemesis gravidarum (horrific “morning sickness” all day, every day) for the entire pregnancy. She suffered miserably through six pregnancies in about 8 years, all the while, caring for infants and toddlers, and homeschooling the older children. She and her husband are True Believers™ … he heads a busy ministry and eventually, her exhaustion and inability to keep up with all the “help meet” demands of the Quiverfull lifestyle became too much for him to bear. Although their bible-based belief system clearly forbids all forms of contraception, he pulled his “head of the house” card and unilaterally decided she would not get pregnant again. He had a vasectomy.

My friend was devastated (though at the same time, I suspect she was secretly relieved) … God gave her a womb for His divine purpose, but her husband demanded she not use it. What choice did she have but to submit to his God-appointed authority over her body?

So how do you spot a truly Quiverfull family?

Look for the woman’s unwavering submission to God, to the Bible, and to her husband’s will. Look for sacrificial devotion to “biblical family values.” The Quiverfull philosophy is simply standard “pro-life” rhetoric on steroids. It is Christian couples unhypocritically living out the principles of marriage and family which the majority of evangelicals believe to be “biblical.”

I’ve said this before, and I cannot say it often enough: the reason you can find Quiverfull families everywhere - in your community, in your neighborhood, perhaps even in your own family, is because Quiverfull beliefs are not actually a radical departure from traditional Christian teachings regarding marriage and family. It is my contention that Quiverfull IS regular Christianity writ large … lived out to its logical conclusion.