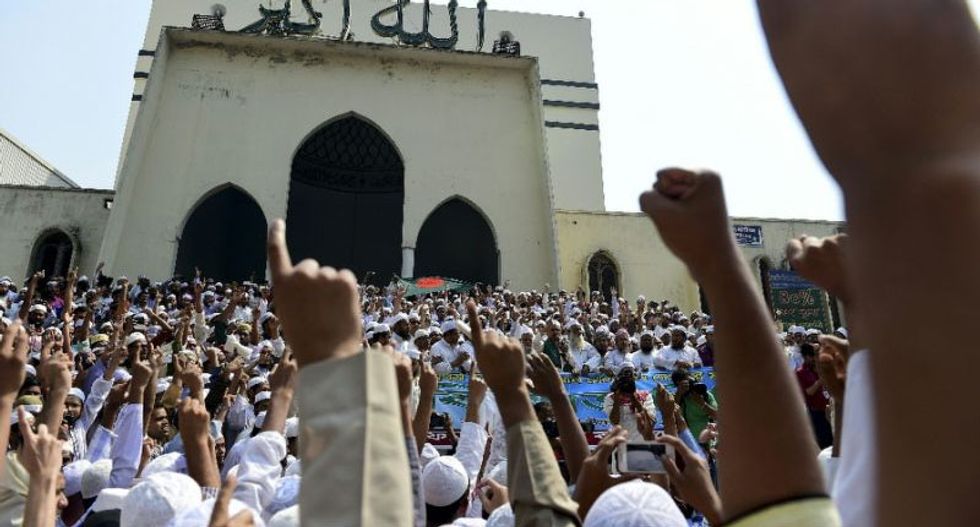 A court in southern Bangladesh sentenced two Hindu schoolteachers to six months in jail for making "abusive" remarks about Islam that led a mob to attack their school, a magistrate said Tuesday.

The headteacher and another staff member at the Hijla High School in the town of Chitalmari were found guilty of "hurting the religious sentiments" of Muslim students and their parents.

The comments sparked protests by students, most of whom are Muslim, and angry villagers descended on the school seeking to beat up the teachers before being stopped by police.

"They have made abusive comments about Islam and the Prophet Mohammed during a class session," said magistrate Anwar Parvez, who handed down the verdict Monday after the teachers pleaded guilty.

Criticism of Islam is taboo in the majority-Sunni Muslim nation.

The convictions come as concern mounts over Islamist extremism in conservative Bangladesh, which is reeling after a spate of murders of minorities and secular activists.

In recent years, suspected homegrown militants have targeted secular activists and writers who have criticised Islam and radical Islamists.

On Monday two gay rights activists were hacked to death in attacks by suspected Islamist militants.

Two days earlier a liberal professor was murdered in a northwestern city, a killing claimed by Islamic State jihadists.

A long-running political crisis in Bangladesh has radicalised opponents of the government and analysts say Islamist extremists pose a growing danger.