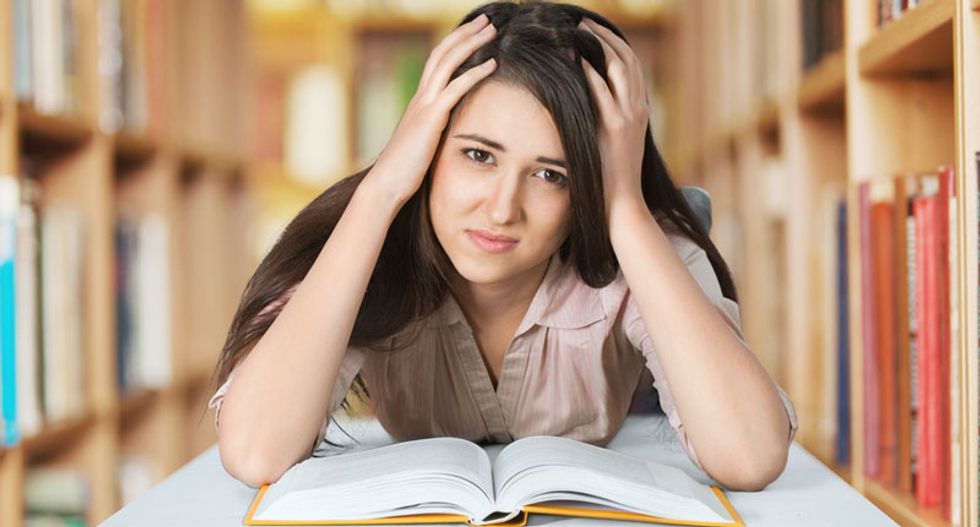 A lawsuit filed in federal court last week accuses California's Antelope Valley Union School Board of blocking scholarships from atheists while allowing them from Scientology.

According to the atheist groups, Palmdale High School declined to notify students of their scholarship offers, which required applicants to submit an essay on the challenges of being a "nonbeliever."

The lawsuit notes that the school did offer scholarships from other groups -- including the Church of Scientology -- that "solicited religious speech, required applicants to be religious, and dealt with the historically controversial topics of homosexuality and guns."

Deputy Superintendent Jeff Foster reportedly told Antelope Valley Freethinkers President David Dionne that offers from atheists groups would "upset some parents." Foster cited the group's suggestion that students write about being "ridiculed, harassed, or punished for speaking up against religion in the classroom, at school events, in government, or within your family."

"We simply do not have the time to 'word smith' language that might be acceptable to the district and yet meet the intent of your organization," Foster explained.

The atheist groups are asking a federal judge to issue an injunction to force the district to stop suppressing free speech.