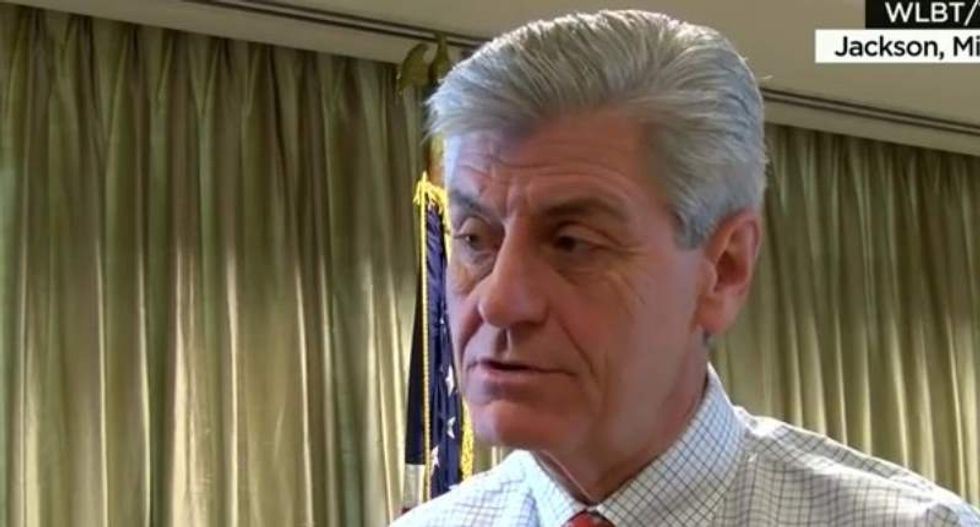 The corporate backlash against Mississippi's new anti-LGBT law escalated on Wednesday when several corporations sent a letter calling on the state's Republican leaders to repeal it, the Jackson Clarion-Ledger reported.

The letter, which was released by the Human Rights Campaign, was signed by executives representing companies ranging from Whole Foods Market to Levi Strauss & Co. and PepsiCo.

"We believe that HB 1523 will make it far more challenging for businesses across the state to recruit and retain the nation's best and brightest workers and attract the most talented students from across the country," it stated. "It will also diminish the state’s draw as a destination for tourism, new businesses, and economic activity. Discrimination is wrong, and we believe it has no place in Mississippi or anywhere in our country."

"It is unfathomable that in 2016, Mississippi has passed a law that explicitly allows LGBT people to be denied service or discriminated against simply because of who they are and whom they love," HRC President Chad Grifin said in a statement. "That's why across Mississippi and the nation, business leaders are speaking out against this discriminatory legislation that harms their employees, harms consumers, and harms their businesses. But there's still time for lawmakers to reverse course and do the right thing."

The letter, which was addressed to Bryant and fellow Republicans Lt. Governor Tate Reeves, and House Speaker Philip A. Gunn, can be read in its entirety below.

We write with concerns about legislation signed this week, HB 1523, which would allow individuals, religious organizations and private associations to use religion to discriminate against lesbian, gay, bisexual and transgender (LGBT) Mississippians in some of the most important aspects of their lives, including at work, at schools, in their family life and more. Put simply, HB 1523 is not a bill that reflects the values of our companies.

We are disappointed to see the legislature and governor’s office pass discriminatory legislation. The business community, by and large, has consistently communicated to lawmakers at every level that such laws are bad for our employees and bad for business. This is not a direction in which states move when they are seeking to provide successful, thriving hubs for business and economic development. We believe that HB 1523 will make it far more challenging for businesses across the state to recruit and retain the nation’s best and brightest workers and attract the most talented students from across the country. It will also diminish the state’s draw as a destination for tourism, new businesses, and economic activity.

Discrimination is wrong, and we believe it has no place in Mississippi or anywhere in our country. As companies that pride ourselves on being inclusive and welcoming to all, we strongly urge you to repeal this bill.