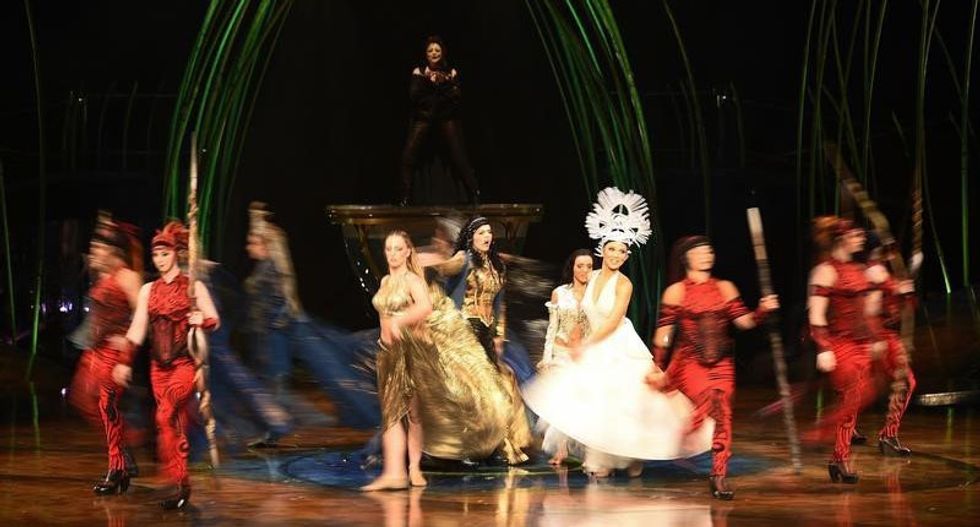 Artists perform during a dress rehearsal for 'Amaluna', a show by Cirque du Soleil, at the Royal Albert Hall in London, Britain January 15, 2016. REUTERS/Dylan Martinez

Cirque du Soleil is canceling shows in North Carolina over a new state law that it called discriminatory, the performance group said on Friday, becoming the latest entertainment act to take a stance against the measure.

"The new HB2 legislation passed in North Carolina is an important regression to ensuring human rights for all ... Cirque du Soleil believes in equality for all," the group said in an online statement.

The decision affects performance scheduled through July in Greensboro, Charlotte and Raleigh. Former Beatles drummer Ringo Starr and rock star Bruce Springsteen also have canceled concerts in the state in protest of the law.

The measure passed last month requires transgender people to use bathrooms that correspond with their birth gender and prohibits local governments from enacting anti-discrimination protections based on sexual orientation and gender identity.

More than 160 business executives have signed a Human Rights Campaign letter pushing for the law's repeal, and PayPal Holdings and Deutsche Bank halted plans to add jobs in the state.