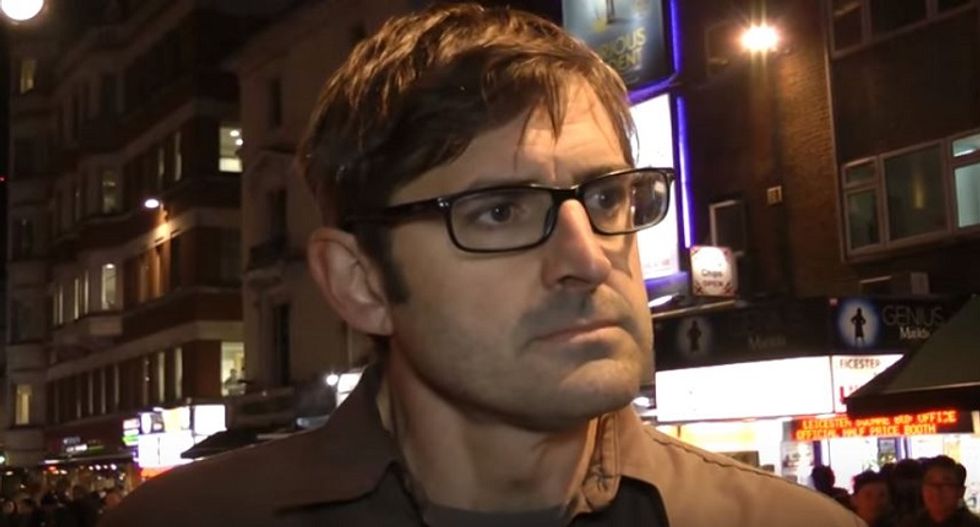 British documentary filmmaker Louis Theroux is known for exploring the weirder and more extreme crevices of American culture. As a result, he has gotten himself into some bizarre situations. He is perhaps best known for his films about the Westboro Baptist Church. He's also interviewed people who believe in UFOs and aliens and neo-Nazis.

In an interview with Gawker, he describes how he gained access to the secretive Church of Scientology for his latest film, My Scientology Movie, currently screening at Tribeca Film Festival.

It may seem counter-intuitive, considering the church's reputation for stalking ex-members. But Theroux started following Scientologists instead. This resulted in a response that Theroux was hoping for. Scientologists began showing up at shooting locations with so-called journalists and private investigators an training their cameras on him.

“My dream was that they’d come after me,” he told Gawker.

His approach was inspired by the church itself. Scientologists, he said, view journalists as moral deviants.

"Once that’s given, you have you accept you’re going to take an unconventional narrative approach," he told Gawker. "It was more than 10 years ago that I made my first approach. In the intervening years, we evolved this idea of using actors. To me, that flipped the whole thing around in a wonderful way. It’s become something that gets you inside but in an unconventional way. And my dream was that they’d come after me. That was my fear: Maybe they don’t do that."

But they do. Theroux said even though the response to his presence doesn't appear savvy on its surface, it's to be expected.

"They can’t do otherwise because it’s part of their dogma," Theroux explained. "They are required to aggressively confront 'suppressive' activity. Even if someone said, 'You know what? We kind of look weird and it doesn’t do anything for our public image when we turn up at airports and confront ex-members out of the blue randomly and hurl weird abuse.' But they would think, 'It doesn’t really matter if it looks weird—that’s what we do.'"