Fox & Friends defends genocidal Andrew Jackson: ‘One of the best generals we ever had’ 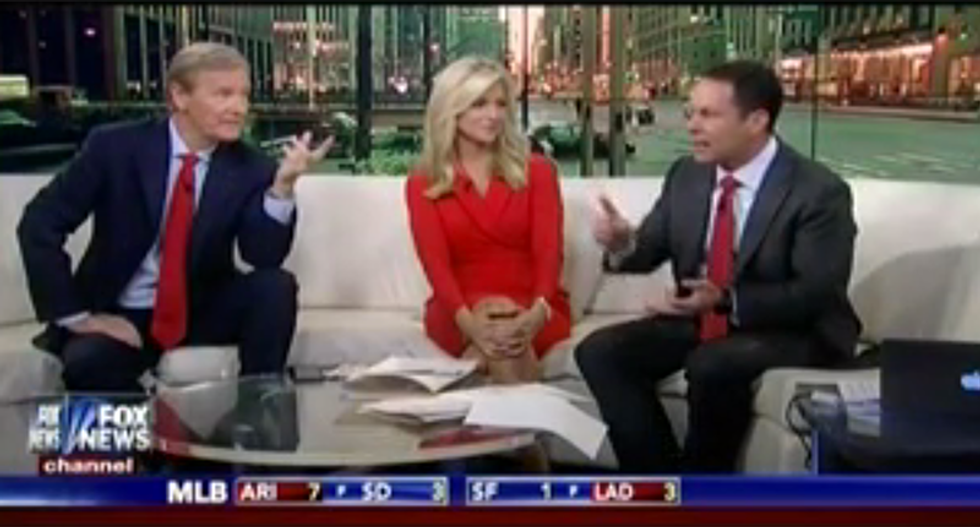 While the Treasury Department decided Harriet Tubman would get a place on currency back in January, the decision to put her on the 20-dollar bill was a new development yesterday. Having a lady on our cash caused the internet to blow up with debates on Tubman vs. Jackson, but it was "Fox and Friends" who needed some CPR.

"It is official now," co-host Heather Nauert began. "The $20 bill will soon have a new face. The Treasury Department expected to announce this week that Andrew Jackson will be replaced by a woman, though it’s still unclear which lady from history will get that honor. Harriet Tubman, Rosa Parks, top contenders. Alexander Hamilton will stay on the $10 bill thanks in part to the popularity — really? — of the Broadway play Hamilton."

"Why don’t we just create another bill for a woman? Create like a —" Brian Kilmeade attempted to say.

"Make it a $25 or something because Andrew Jackson at 13 was a courier in the Revolutionary War," Kilmeade said ignoring the fact that Jackson was responsible for the genocide of nearly an entire culture. The Cherokees, in fact, referred to Jackson as "Sharp Knife." That's just how much they hated him.

"He was a congressman, a senator. Certainly one of the best generals we ever had," Kilmeade concluded.

Steve Doocy jumped in, thankfully before Kilmeade could explain the joys of the Trail of Tears. "You know, well here’s the thing that really got me about what she just said is they’re going to keep Hamilton on because of a Broadway show," he said while Nauert expressed her disgust. "If that is the standard, next thing you know, folks, we’re going to have cats on money!"

One would assume that was the end of the Kilmeade "Andrew Jackson Fan Club" but he started up again. "You know, HBO has got an Andrew Jackson movie out. So I’m sure that will change sentiment again."

The co-hosts made a plea for people to email them and weigh in but Kilmeade had to jump in again. "Should we leave men alone?"

Watch the video below ala Media Matters: