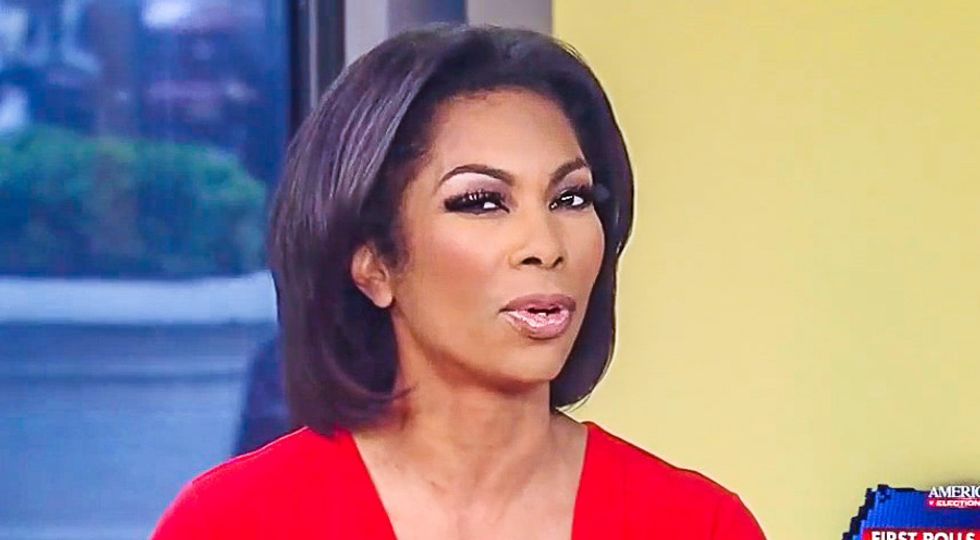 At a rally in Watertown, New York on Saturday, Trump revealed that he had given Clinton the nickname "Crooked Hillary." In the past, Trump has been successful branding his GOP opponents with pet names like "Lyin' Ted" and "Little Marco."

On Monday's edition of Outnumbered on Fox News, host Kennedy Montgomery speculated that Trump had chosen the name "because it has 'crook' in it and he also wants to show that she's not only someone with questionable crooked non-straight morals, but also someone who might have broken the law."

"And it's not sexist," co-host Andrea Tantaros opined proudly. "I was so nervous [after Trump revealed the name]... I thought, 'Oh God please, Donald Trump, do not do anything bad.' And I saw it and I thought, 'What a genius name.' She can't cry victim. And it's perfect. It implies that she is intentionally and wilfully deceptive."

Faulkner dismissed the idea that Clinton could win by focusing on the issues instead of battling Trump over a nickname.

"How is she going to respond to 'you're crooked'?" Faulkner asked. "Because now she's got to come with the facts that prove that she's not crooked. So now she's going to say, 'You know what, maybe I should release those transcripts that I got paid $300,000 from [Wall Street].' I mean, really, what would the retort be that would make her look any better?"

"He's already kind of figured out, 'She's not going to come back at me on the facts of anti-crookedness,'" Faulkner concluded.

Watch the video below from Fox News' Outnumbered, broadcast April 18, 2016.