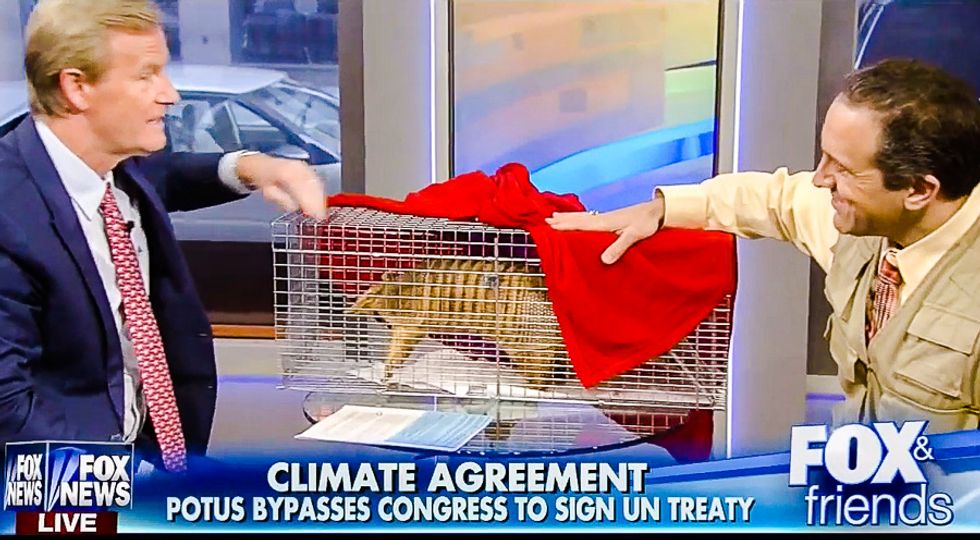 Fox News on Sunday invited self-styled climate expert Marc Morano to explain how a stuffed armadillo could prove that climate change was a hoax.

"With global warming, they have a learning curve," he insisted. "They're trying to go much further in the future when the people making the predictions will be dead."

"As it turns out, we didn't run out of time," he quipped.

"There's nothing to worry about with global warming," Morano agreed. "So say the top scientists around the world."