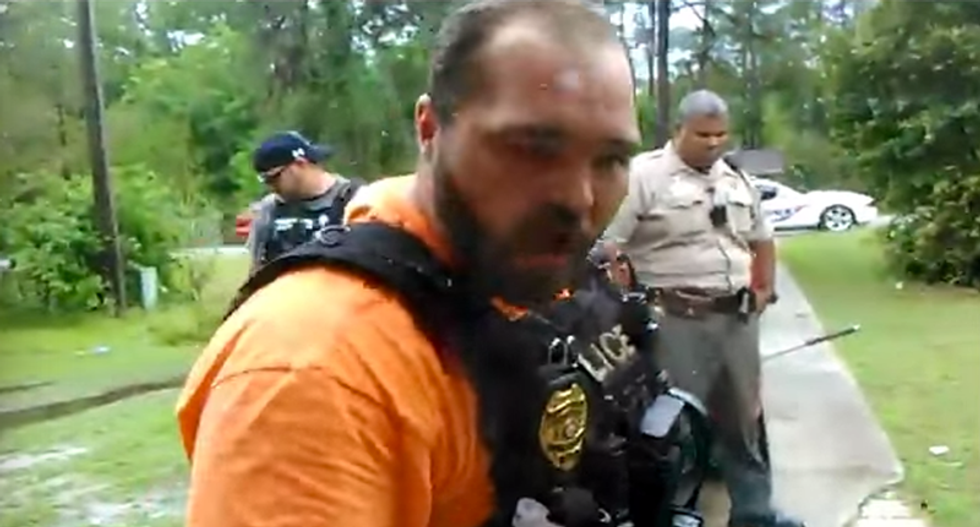 Earl Cannady and his wife just arrived home from a shopping trip to the local Walmart when their son told them there were cops at the door.

The couple both have licenses for their guns which they were both wearing but that must have spooked the cops because they demanded to know why the Georgia couple had guns.

He shut the door and walked to get his cell phone to begin recording the video that has since gone viral. The officer accused the couple of being involved with drugs, despite the lack of evidence and the insistence that the family is chemical free.

The officer was denied entry into the home because he didn't have a warrant to search and that's when things took a turn for the worse.

“Now if you got a problem with those kids, you take it up with those kids, but I’m going to tell you something right now, you don’t got a f*cking investigation on me," Cannady can be heard on the video saying.

“Number one, you’re going to quit f*cking cussing at me,” the detective shouted.

“You’re at my house,” Cannady responded.

The detective would have none of it. “I don’t give a f*ck if I’m at your house or not, you ain’t going to talk to me like that, you understand me?”

“I think you’re getting too close,” Cannady informed him.

“I don’t give a fuck what you think,” the detective yelled, raising his voice even louder as the other officers looked in with embarrassment.

Cannady attempted to deescalate the situation, “I need you to calm down.”

The police watchdog group PhotographyIsNotACrime.com went to the Valdosta Police Department trying to identify the angry detective, but no employees would assist them. They report that only one Lieutenant would speak to them but his only response was to give his name and badge number.

The Valdosta Police Department assured local media that the cop was “disciplined for failure of professionalism and courtesy” for his actions, but didn't explain how.