‘Getting people information’: 9-year-old crime reporter schools CNN on how to do journalism 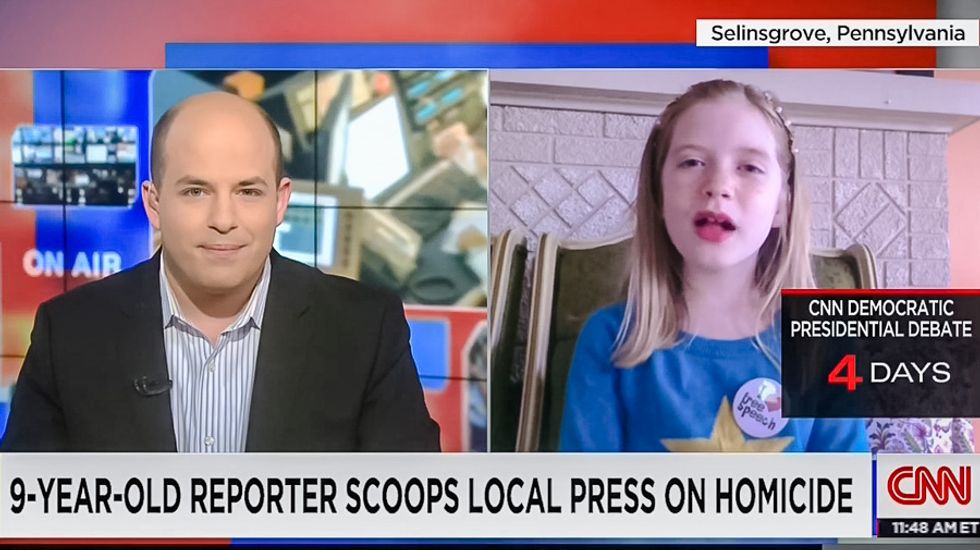 Hilde Kate Lysiak, a 9-year-old crime reporter from Pennsylvania, gave CNN a reminder about what it meant to be a journalist: "I like getting people the information."

Earlier this month, Lysiak came under fire from some adults after she broke the story of a man using a hammer to kill his wife.

Lysiak proudly told CNN host Brian Stelter on Sunday that she did all the reporting at the Orange Street News, but she said that her parents helped her with the technical aspects of running her website.

"I started handwriting a little paper for my family," Lysiak recalled. "And [I] realized that my hand was hurting and it didn't really get me anywhere. So, I told my dad I wanted to start a real newspaper, and he said he would do the printing and the layout as long as I did all the writing and reporting."

"I like getting people the information," she added. "Just being 9 doesn't mean I can't do great things. What if somebody told you, you couldn't be a reporter just because you're a boy?"

Watch the video below from CNN's Reliable Sources, broadcast April 10, 2016.