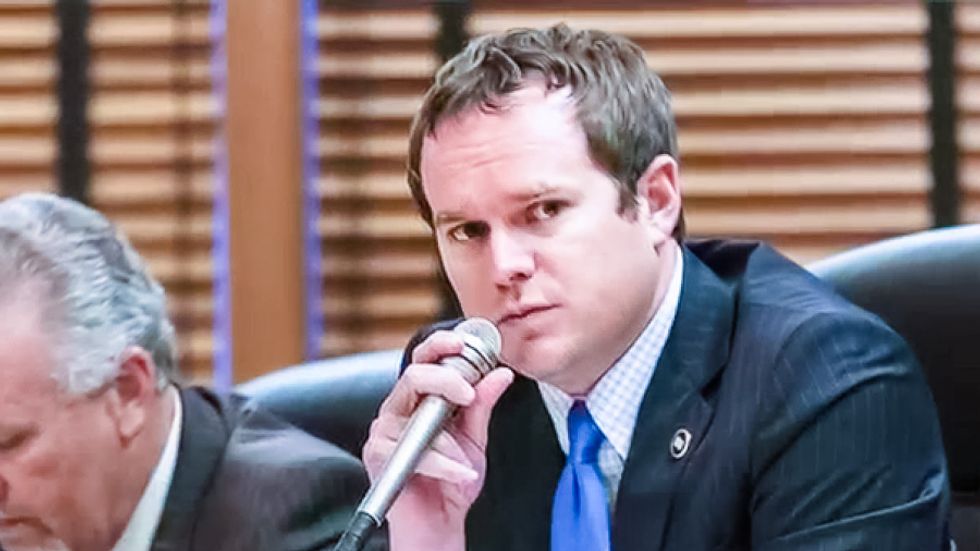 A Republican state lawmaker in Tennessee who is pushing to strip transgender people of bathroom rights has been found to be a danger to "unsuspecting women."

Last week, Tennessee House Speaker Beth Harwell exiled state Rep. Jeremy Durham from his offices at the War Memorial Building and limited his access to other areas after Attorney General Herbert Slatery issued a warning that the lawmaker's behavior posed "a continuing risk to unsuspecting women who are employed by or interact with the legislature."

Slatery's office is leading an investigation into multiple sexual harassment complaints against Durham. Although the investigation is not complete, Slatery said that the warning was necessary because of information learned during interviews with 34 different women.

"With few exceptions, the women who related incidents felt they could not report Representative Durham's behavior because nothing could be done and they did not want to lose their jobs or be considered 'untrustworthy' by employers, clients or legislators," the letter said.

According to the report, women said that they "avoid or refuse to be alone with Representative Durham, a situation which has affected their ability to perform their jobs."

The Advocate reported that Durham is one of the key sponsors of House Bill 2414, which would prevent transgender people from using public bathrooms corresponding to their gender. The bill mirrors anti-LGBT bills that have been recently passed in North Carolina and Mississippi.

Proponents of the bill argue that it would protect women from being harassed. And although 34 women have stepped forward to complain about Durham, there have been no reported cases of transgender people sexually harassing others in public bathrooms.