Here's the one group that could stop Donald Trump 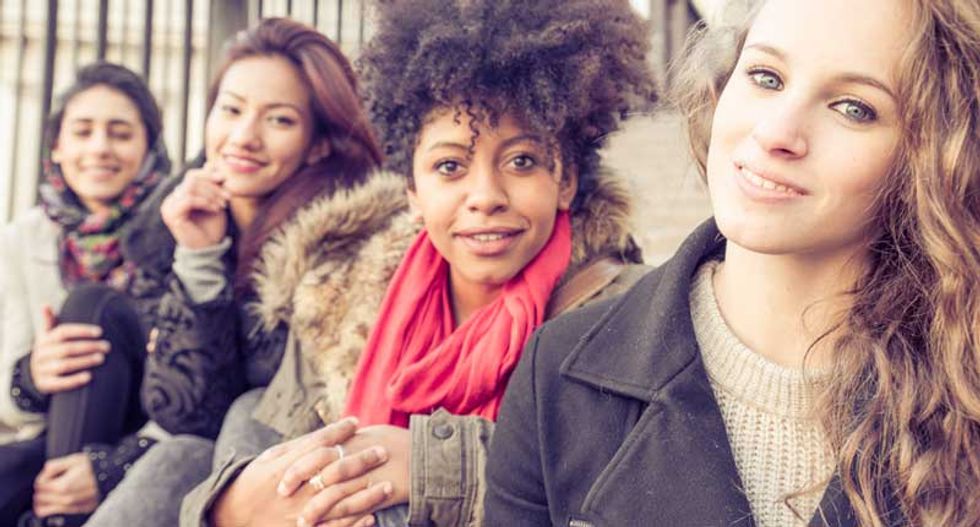 A recent poll found 70% of women had a negative view of the Republican, and the ranks of single women – who tend to vote Democratic – are growing

Forget Ted Cruz’s rhetorical flourish, Bernie Sanders’ idealism and Hillary Clinton’s steady hand. The only thing that can #StopDonaldTrump isn’t a candidate, it’s a segment of the electorate – and a very particular one at that.

Women are poised to play a critically important role in the presidential election, and not just because they make up 52% of the voters. To understand what’s happening in this election, you have to focus in on marriage, and particularly on the fact that more than ever before, women are delaying it.

Related: Donald Trump's most recent attacks on women point to a history of misogyny

As Rebecca Traister relays in her bestselling new book All The Single Ladies , today just 20% of Americans ages 18 to 29 are married – in 1960 that number was nearly 60%. That is not a bit of cultural trivia to be shared as part of conversational pleasantries between friends. It’s a profound political realization: single women tend to vote Democratic and as their ranks grow, so does their power.

In 2012, single women made up 23% of the electorate, driving turnout in practically every demographic of importance to Democrats – from African Americans to Latinos to young people. This year, they’re poised to make up an even larger proportion, 24% to 25%, according to the Women’s Voices Women Vote Action Fund .

That is very bad news indeed for Trump. Whatever he has done right this election, has not made a good impression on women.

A recent NBC News/Wall Street Journal poll found that 70% of women had a negative view of Trump. Nearly half of Republican women voting in the primary said they couldn’t imagine supporting him.

Now, following a new slew of misogynistic remarks, those numbers are poised to get even worse. Last week, Trump escalated a Twitter feud with Ted Cruz by suggesting Cruz’s wife was less attractive than his .

On Monday, after his campaign manager was formally charged with battery of a female reporter and video of the alleged assault was publicly released, Trump defended him anyway.

On Wednesday, he made what was arguably the biggest blunder of his campaign when he suggested women who seek abortions should be punished , a remark that enraged liberals and conservatives alike.

Finally, on Friday, a pro-Trump Super Pac released a positive ad aimed at female voters and featuring a woman in her kitchen, in pearls, fretting about national security.

If this is Trump’s vision for women in America, he needs to update his prescription from the 1950s.

Little wonder that among the rising demographic of single women, he is losing by a landslide. Unmarried women support Hillary Clinton by a 52% margin. And that’s not some niche group.

As Page Gardner of Women’s Voices Women Vote Action Fund put it in a call with reporters on Friday: “Unmarried women are driving the election.” For the first time in history, the majority of female voters are projected to be unmarried.

And yet, in the primary season so far, the growing power of single ladies has not been as helpful to Clinton as might have been expected. One of the great ironies for feminists this election is that despite the fact that for the first time in history a woman is well positioned to take the presidency, many women – and particularly young ones – keep lining up behind Bernie Sanders, a 74-year-old white man.

While Clinton holds the edge with women overall, that edge doesn’t come anywhere close to the overwhelming support Barack Obama enjoyed with African American voters in 2008, when he was poised to become the first African American president. Even now, losses with younger women haunt her; a recent poll found millennial women backed Sanders over Clinton by astonishing 61% to 30%.

Whatever the cause of the generational disconnect with women, though, Clinton may have stumbled upon the perfect solution in Trump, whom a growing number of women will go to extraordinary lengths to keep from the presidency. (The more women know about him, the less they like him .)

One reason single women did not wield as much power as they might have in the 2014 midterm elections, when Republicans took control of the Senate, is because they largely didn’t show up to vote.

A motivation to stop Trump would fix that, and it would not just be good for Clinton or even Sanders: it would be good for women everywhere, as they reshape government to reflect their priorities and preserve their newfound freedoms.