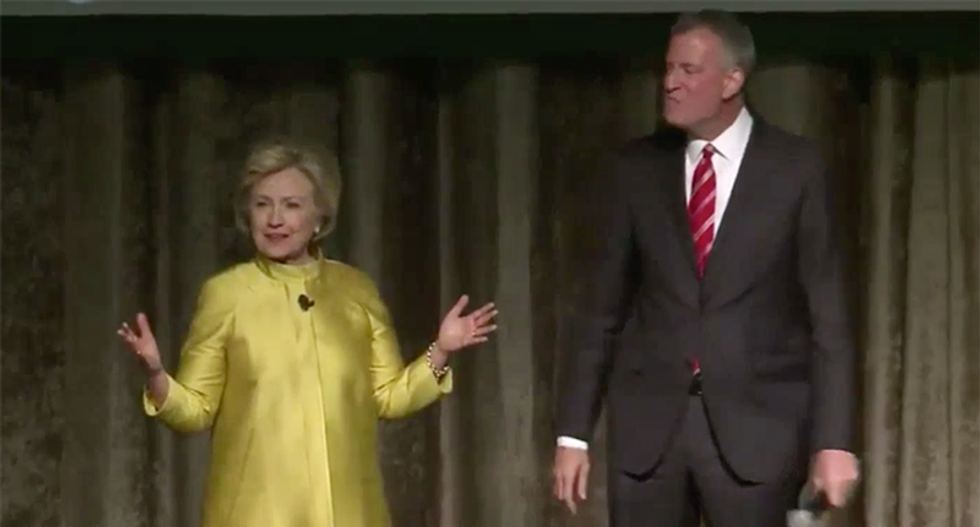 New York City’s annual Inner Circle Dinner brought New York politicians together for an evening of food and fun but also for stiff politicians performing awkward skits. Such was the case when former New York Senator Hillary Clinton and New York City mayor Bill de Blasio were on stage. Clinton poked fun at de Blasio for his endorsement coming a little late in the game for Clinton's taste. “I just have to say thanks for the endorsement, Bill. Took you long enough,” she said to laughter.

“Sorry Hillary, I was running on C.P. time,” de Blasio responded to a mixture of chuckles and gasps. CPT is known as "colored people time" the stereotype that African Americans generally tell as a reason for being late to an event or a traditionally black event not beginning on time.

Hamilton actor Leslie Odom Jr. was on stage with the two and commented that the joke made him uncomfortable. “That’s not — I don’t like jokes like that, Bill.”

Clinton joked that she wasn't referring to that CPT but rather "cautious politician time."

De Blasio was the target of racism during his 2013 campaign after he said the city’s “stop and frisk” law was racist, citing his biracial son’s experience with NYPD police.