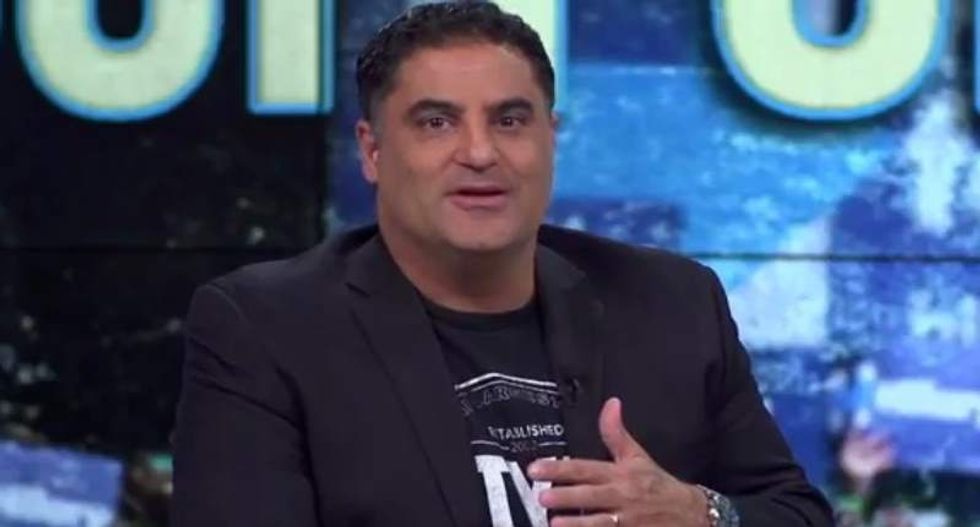 ABC News is streaming live coverage of Tuesday's primaries, which can be seen below.

The Young Turks are also streaming their analysis of the primaries, which can be seen here.

Five US states began voting Tuesday at a critical juncture in the presidential race, with Hillary Clinton seeking a knockout against Bernie Sanders and Republican Donald Trump confident of extending his lead despite rivals joining forces against him.

A very strong showing in primaries in Connecticut, Delaware, Maryland, Pennsylvania and Rhode Island would put former secretary of state Clinton on the cusp of Democratic victory, a monumental step in her quest to become the nation's first female commander in chief.

"I don't have the nomination yet," she said in an MSNBC town hall event in Philadelphia, Pennsylvania's largest city, on the eve of the vote.

Trump too was traveling the primary landscape in an intensifying effort to surpass the threshold of 1,237 delegates needed to lock down the role of 2016 Republican flag bearer.

But his rivals Ted Cruz and John Kasich controversially have joined forces to thwart the frontrunner, unveiling a late ploy that allows them to essentially go one on one against Trump in key upcoming states.

According to the surprise deal, Kasich will forego campaigning in Indiana, which votes May 3, and Cruz will return the favor later in New Mexico and Oregon to try to deprive Trump of victories there.

Tuesday's voting began at 6:00 am (1000 GMT) in Connecticut and one hour later in the other states. In Rhode Island, it was beginning at various times, as early as 7:00 am.

Polls across all five states close at 8 pm (0000 GMT Wednesday).

Trump is favored to win all five states Tuesday, while Sanders, whose grass-roots campaign has done well against the Clinton juggernaut, is seen as mounting a last-gasp effort.

"We are running as hard as we can to win this thing," Sanders said Monday.

News of the Cruz-Kasich deal sent Trump over the top, as he assailed the pair for engaging in what he said was a desperate strategy, which he described as collusion.

The partnership "shows how weak they are," Trump said. "It shows how pathetic they are."

Cruz told potential voters in Indiana Monday that the deal would give them "a straight and direct choice between our campaign and Donald Trump."

Indiana is a winner-take-all state where a Trump loss would make it much harder for him to reach the winning delegate threshold.

Kasich's campaign said the aim was to open the July nominating convention in Cleveland so that a unifying figure other than Trump can emerge as the candidate.

The Ohioan insists he is the only one who could beat Clinton. But his remarks suggested the alliance with Cruz was already fraying.

According to a recent CBS poll, Trump leads Indiana with 40 percent of likely Republican voters, compared to 35 percent for Cruz and 20 percent for Kasich.

The newfound allies acknowledge their only hope of success lies in blocking Trump from reaching 1,237 delegates before the convention.

If he falls short, Trump runs the risk that his delegates, who are bound to vote for him in only the first round of balloting, will desert him in subsequent rounds.

Cruz in particular has been successfully maneuvering in state party conventions to have individuals named to delegate slots who, though bound to Trump on the first ballot, would be sympathetic to Cruz in subsequent rounds when they are free to vote for whomever they choose.

Party heavyweights, alarmed by the prospect of a Trump nomination, have long pressed for a united effort around a single candidate against him.

But Cruz is almost as unpopular with the party's establishment as Trump, and Kasich has refused to bow out even though he has only won his home state of Ohio.

His campaign chairman Chad Sweet confirmed to CNN that Cruz was vetting several potential vice presidential candidates, and that businesswoman Carly Fiorina, herself a former White House hopeful, "absolutely" was among them.

In an election year that has highlighted voter disaffection with politics as usual, a chaotic convention fight would almost surely damage Republican prospects in November.

The bruising battle is already straining the party and its supporters.

Billionaire Charles Koch, a mega-funder for conservative causes, said in an interview Sunday with ABC's "This Week" that the Republican candidates were "terrible role models" and did not see how he could support them.

Raising eyebrows among Republicans, Koch added it was "possible" Clinton would be a better president.