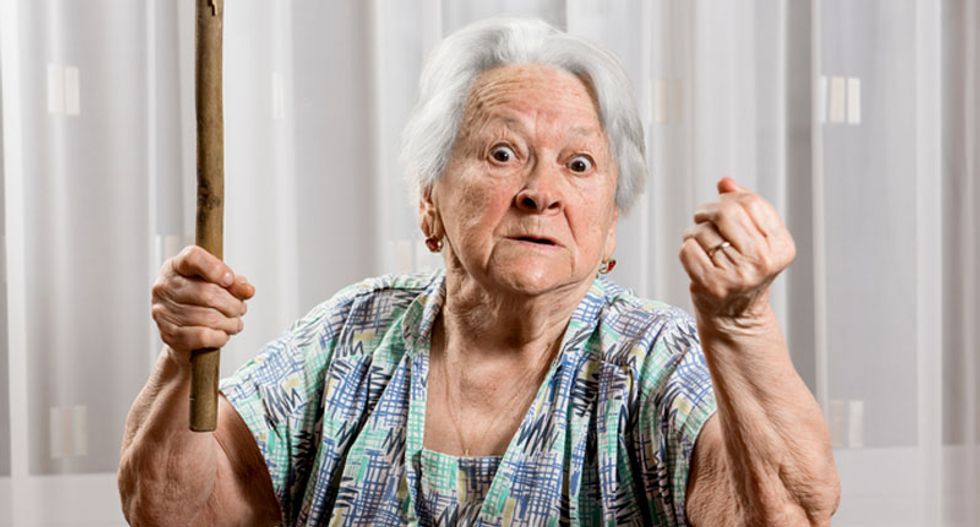 “It should be murder. I want ten years of my life back. I saw red mist,” she said. Mrs. Holmes pled guilty to inflicting grievous bodily harm on her husband. Yesterday, the court sentenced her to ten months in jail, which has been suspended for eighteen months.

Prosecutor Stephen Parker explained to the court that “There had been a breakdown some considerable time ago in their sexual relationship that had led to tension between them…” Parker said that Holmes had caught her husband with the pornographic material several days prior to the attack, but when she thought he was trying to destroy the evidence, that’s when she went after him with a hammer.

Mr. Holmes suffered injuries to his head, ear, and right hand, and escaped by running out into the street and telling his neighbors that his wife had “gone mad.” He then told neighbors that he didn’t want to get the police involved. Defense counsel Rachel Woods said that the attack was totally out of character for her client.

Mr. Holmes told the police that he felt partially responsible for his wife’s assault on him. He said that it was his “selfishness” that drove his wife to it, namely, his “playing in a band, playing golf and spending considerable time away from home and not supporting his wife.”

While Utah officials emphasized that pornography hurts the developing brains of children in its declaration of the public health threat posed by smut, BYU professor Brian Willoughby told the Deseret News that the use of pornography has a negative impact on “relationship well-being and detrimental expectations about sex.”

There is no word on whether the Holmes have reconciled.