Man charged with felony robbery after pouring $1.49 worth of McDonald's soda into water cup 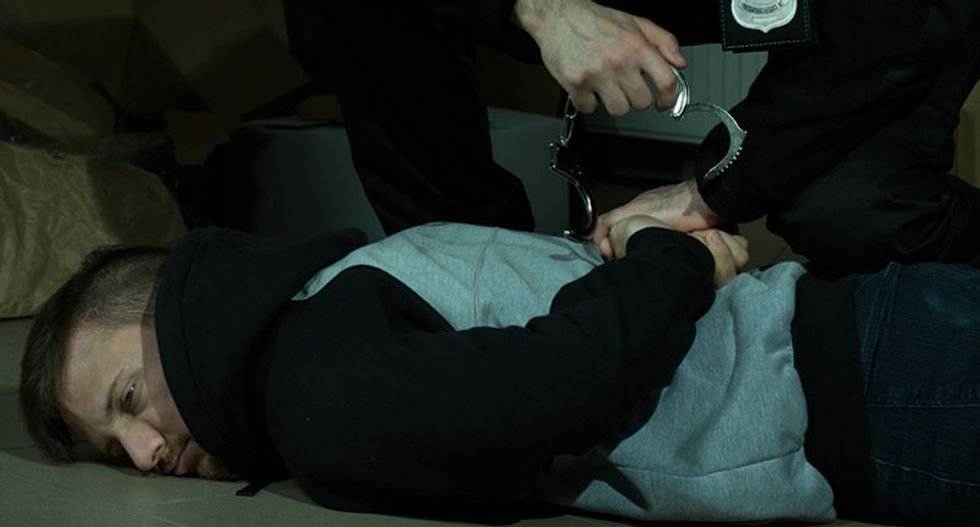 Man getting arrested and handcuffed by a police officer (Shutterstock)

A McDonald's manager begged the police for help when teenagers said they only wanted glasses for water but were getting soda with the water cups instead.

According to a police report sent to 40/29 News, Cody Morris, 18, was arrested on a felony robbery charge for stealing a large cup of soda from an Arkansas McDonald's.

The report says that the McDonald's manager watched as three people drove through the drive thru ordering three large cups of water. The people then parked, came inside, dumped out their water and filled the cups with soda. The manager told the individuals to return the sodas. Two did, but Morris would not.

The manager then followed Morris to the parking lot and stood behind his car to try to prevent Morris from driving off. Morris allegedly ignored him and reversed hitting the manager. The manager then reached into Morris's car attempting to wrestle the keys from Morris's ignition when Morris hit him on the hand and the vehicle hit him again.

Springdale, Arkansas has a lower violent crime rate and property crime rate than Arkansas in general. The cost of a large soda at McDonald's, which carries with it unlimited refills, is $1.49. McDonald's also announced Monday that it would have all-you-can-eat french fries to all customers at select locations.