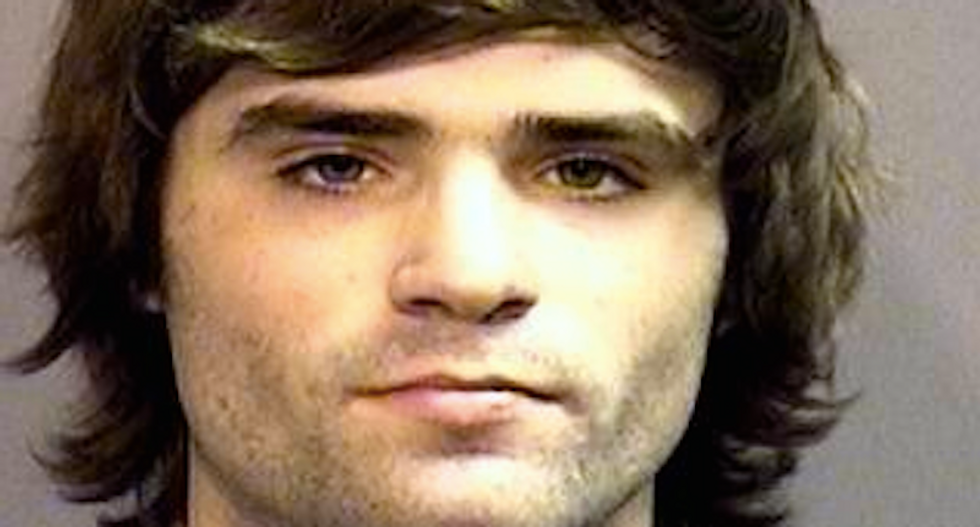 A Missouri man has pleaded guilty to making threats on social media against black people after the University of Missouri president resigned during protests over his handling of reported racial abuse, officials said on Tuesday.

Hunter Park, 20, pleaded guilty in the Boone County courthouse in Columbia, Missouri, on Monday to making a terrorist threat in November and will be sentenced on June 16, Boone County assistant prosecuting attorney Brouck Jacobs said.

Jacobs said he has recommended three years of prison for Park, who is from the St. Louis suburb of Lake St. Louis, Missouri. Park remains free on bond pending the sentencing.

"The facts of the case merit prison and not probation," Jacobs said.

Park's attorney, Jeffrey Hilbrenner, could not be reached for comment.

Unrest at the university, widely known as "Mizzou," started last September after reports of racial abuse on campus led to student demonstrations over what they called the administration's weak response. The unrest came to a head in November when the university's football players refused to practice or play until Tim Wolfe, the then president, stepped down.

Police said Park's threats had circulated on social media, including Yik Yak, where an anonymous post tagged 'Columbia' had read, "I'm going to stand my ground tomorrow and shoot every black person I see."

"Some of you are alright. Don't go to campus tomorrow," another post read. “We’re waiting for you at the parking lots,” read a third post. “We will kill you.”

(Reporting by Ben Klayman in Detroit; editing by Andrew Hay)