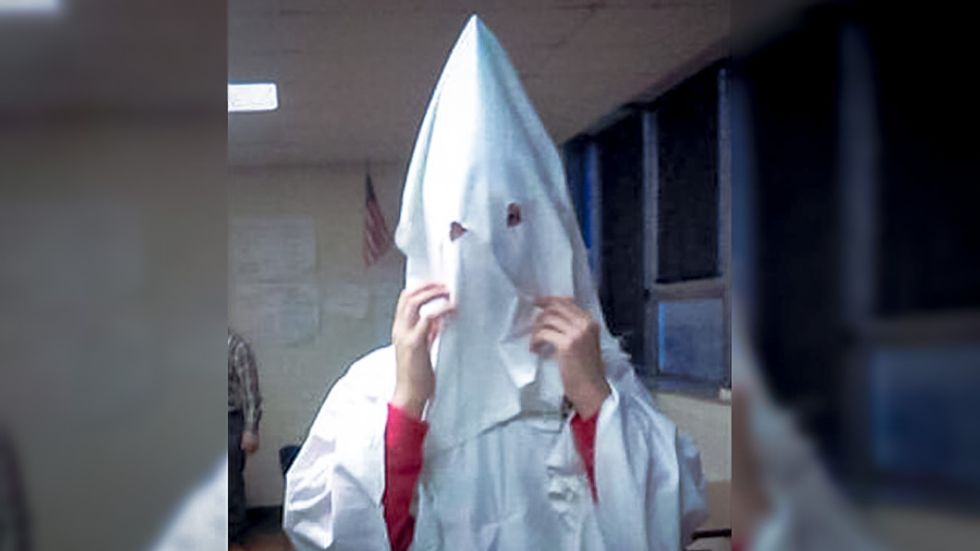 A Michigan school has launched an investigation into how a Ku Klux Klan costume was approved to be part of a class project.

According to the WBND, parents of students at Niles High School expressed outrage after a photo of a student wearing the KKK costume began circulating on Facebook.

On Friday, the school explained in a statement that the costume had been part of a history lesson exploring "topics related to racism."

"As part of their in class skit, they included props and costumes set during specific decades," the statement said. "The inclusion of these props and costumes was highly inappropriate and insensitive. An investigation into the approval process for the skits and related classroom oversight is underway."

"Niles Community Schools and Niles High School understands the extreme sensitivity around this issue and does not condone or support this type of reenactment," the statement added. "We sincerely apologize to our entire community for this incident."

The teacher in charge of the classroom where the KKK costume was worn told WBND that he was upset at the attention the class project was receiving.

But Mount Calvary Baptist Church Pastor Bryant Bacon insisted that the incident "raises some questions about what's really going on around here."

"You look at all the different things that's going on around the country already with race relations, and you don't think that you'd have to be dealing with that kind of stuff here," Bacon observed. "If we're going to address these issues, then the teachers need to be trained a little bit better in how they address these issues, so it does not create any kind of tension."

Watch the video below from WBND, broadcast April 2, 2016.