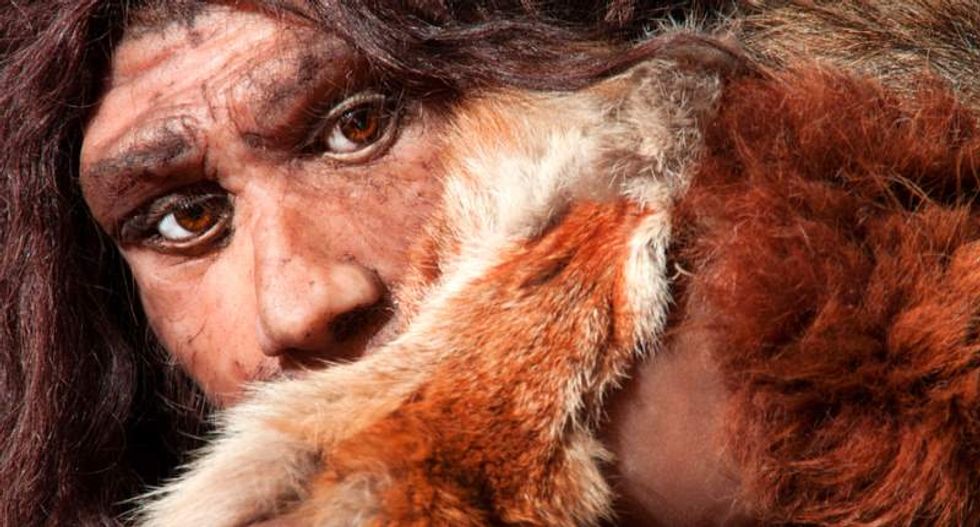 Diseases and infections passed on by the ancestors of modern humans when they moved out of Africa and into Europe may have helped wipe out the Neanderthals who previously dominated the continent.

The unfortunate Neanderthals, who would only have developed resistance to the diseases of their European environment, are most likely to have been infected with a bacterium that causes stomach ulcers, the virus that causes genital herpes, tapeworms and tuberculosis.

The impact on the Neanderthals was described as catastrophic by the scientists behind the new research, who published their findings in the American Journal of Physical Anthropology . The diseases and infections to which the hunter-gatherers were exposed would have made them less able to find enough food and remain healthy. The diseases would have spread through sexual contact between the two species.

Researchers at Cambridge and Oxford Brookes Universities, who have been studying pathogen genomes and ancient DNA, now believe some infectious diseases are far older than had been believed.

Related: Neanderthals ‘kept our early ancestors out of Europe’

Dr Charlotte Houldcroft, from the division of biological anthropology at Cambridge, said: “Humans migrating out of Africa would have been a significant reservoir of tropical diseases. For the Neanderthal population of Eurasia, adapted to that geographical infectious disease environment, exposure to new pathogens carried out of Africa may have been catastrophic.”

Houldcroft, who also studies modern infections at Great Ormond Street hospital, said the result would not have been a swift decimation of native populations, as happened when Europeans arrived in the Americas in the 15th century.

“It’s more likely that small bands of Neanderthals each had their own infection disasters, weakening the group and tipping the balance against survival,” she said.

The researchers describe Helicobacter pylori, a bacterium that causes stomach ulcers, as highly likely to have been passed by humans to Neanderthals. It is estimated to have first infected humans in Africa between 88,000 to 116,000 years ago, and in Europe 52,000 years ago.

Herpes simplex 2, the virus that causes genital herpes, is another likely candidate. Evidence in the genome of the disease suggests it was transmitted to humans in Africa 1.6m years ago from another, currently unknown hominin species that in turn acquired it from chimpanzees.

Houldcroft and her colleague Simon Underdown of Oxford Brookes are challenging the view that the spread of infectious diseases exploded with the evolution of agriculture about 8,000 years ago, which saw denser and more settled human populations coexisting with livestock.

Instead, they believe that many diseases traditionally thought to have been caught by humans from herd animals were actually in the human population far earlier, and passed from them to the animals.

“Hunter-gatherers lived in small foraging groups. Neanderthals lived in groups of between 15 and 30 members, for example. So disease would have broken out sporadically, but would have been unable to spread very far. Once agriculture came along, these diseases had the perfect conditions to explode, but they were already around,” she said.

Scientists have long puzzled over the disappearance of the Neanderthals , a species very close in body shape and brain size to modern humans, which largely died out about 40,000 years ago, having dominated Europe for thousands of years.

The Neanderthals did not disappear without trace. Recent research suggesting that up to 3% of modern Eurasians’ DNA is Neanderthal has overturned earlier theories that the two species did not mate.