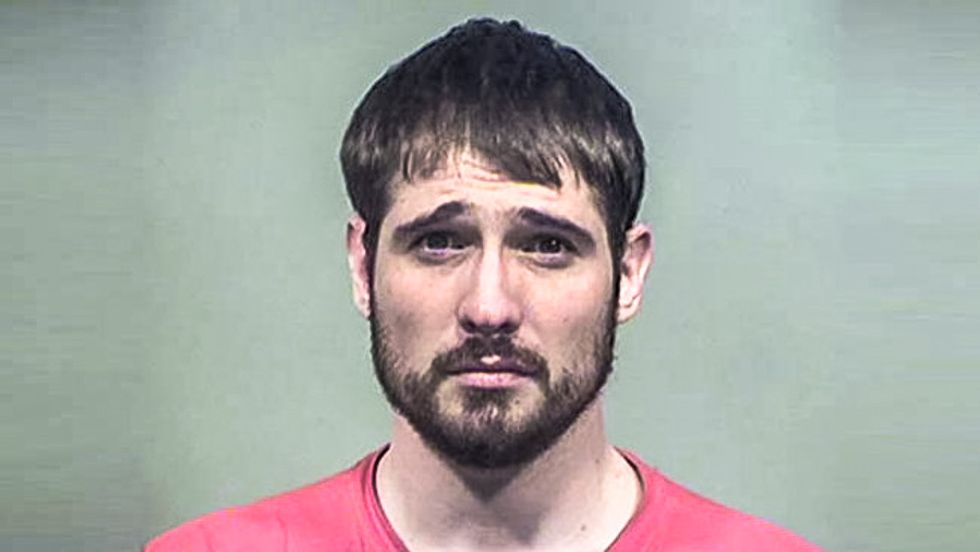 A man in Warren, Ohio is facing charges after he shot up his own home because he feared that noises could be a burglar.

WKBN reported that 28-year-old William Chesser contacted 911 dispatchers to report a possible break in. Officers arrived on the scene and found Chesser waiting in his car.

Chesser told officers that he became paranoid after hearing cars driving past his home and knocking sounds coming from his windows, according to a police report. Believing that noises in his home could be a burglar, Chesser said that he ran into one of the upstairs bedrooms, jumped from a two-story window, and then fled to a neighbor's home to call 911.

Police at the scene observed that the front door was kicked in and several windows were broken. After noticing the smell of gun powder, officers observed bullet holes in the stairway wall.

An AK-47 and spent shell casings were found laying on the floor in a hallway near the stairway, the police report said. A .38 special revolver was also recovered from the home.

Officers said that Chesser admitted to firing both guns because he suspected that a burglar was making noises by breaking into his home.

The police report stated that marijuana and other drug contraband were found at the scene.

Chesser was charged with discharging a firearm in city limits. Officers also determined that Chesser had an outstanding warrant for $1,103 of traffic fines. He was being held in Trumbull County Jail.