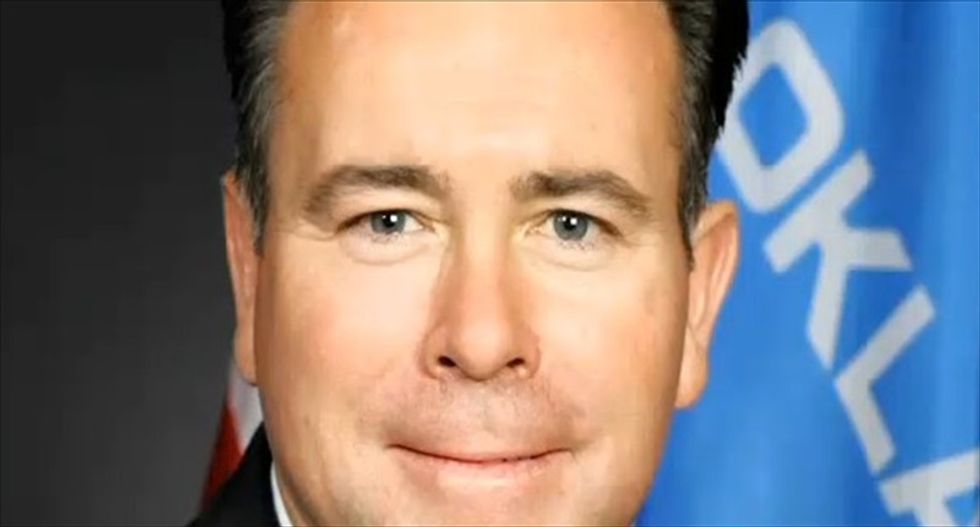 An Oklahoma Republican is trying to walk back remarks he made declaring that Native Americans are "predisposed to alcoholism," a comment he made during debate regarding changes to the state's alcohol laws.

Oklahoma Public Radio's KGOU reported Thursday that State Republican Rep. Todd Russ emailed the Indian Country Today Media Network an official apology in an effort to mitigate his invocation of a racist stereotype that has been thoroughly debunked by science.

Indian Country Today's Simon Moya Smith wrote, "A Republican in Oklahoma who made headlines last week when he said Native Americans are 'predisposed to alcoholism' emphatically apologized Monday, and said his statement was based on 'outdated information.'"

In his apology, Russ said, "I apologize for the unintended pain I have caused Native Americans by my statement that was based upon outdated information. I hope this misstatement has opened the dialogue that ensures the most accurate and current information is communicated."

He continued, "Substance abuse has NO preference of race, gender, ethnicity, religion or socio-economic status. I have been personally affected by the misery caused from substance abuse by loved one’s [sic] myself."

Russ made the offensive remark on April 21 during a discussion of expanding the state's legal alcohol sales.

“They cannot process [alcohol] like other people," he said of the state's Native American population, "and yet we want to put more of that out for them to be taken advantage of? Please don’t do that. African-American Caucus, would you really vote for something that is the gateway to destroying the teenagers and the next generation of your culture and your people, when they are the ones most affected by these addictions of all society?”

A fellow Republican quickly attempted to bring Russ to heel.

“He may not have intentionally done this, but disparaging Native Americans is an uncalled for, inappropriate comment on the House floor,” said State Rep. Dan Kirby, R-Tulsa.

Kirby is a member of the Creek Nation and chairs the Oklahoma House's Native American Caucus.