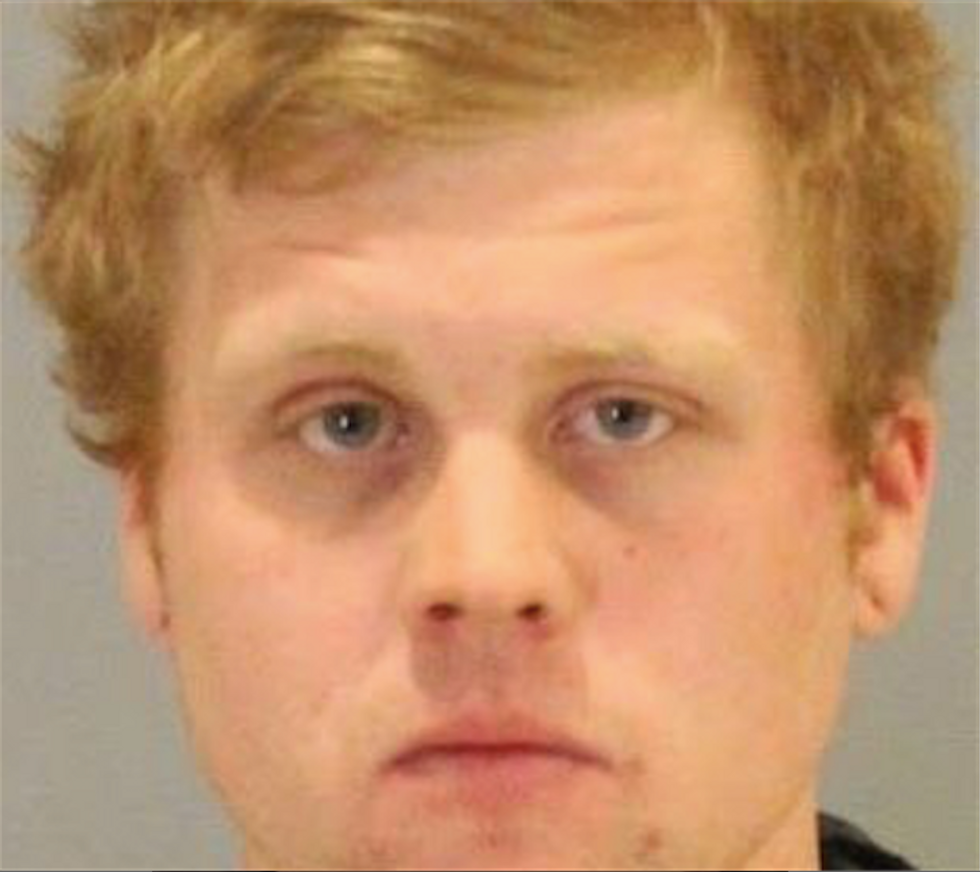 According to Omaha.com, Douglas County District Judge Duane Dougherty was unmoved by 24-year-old Cameron Mayfield's insistence that he didn't know what a rainbow flag stood for when he snatched it off the women's porch, lit it on fire and paraded back and forth in front of their house as it burned.

James Martin Davis, Mayfield's attorney, said that his client mistook the pride flag for a "spring ornament" in what he termed a "drunken prank" on March 1, 2015 and not a hate crime.

“Just because the victims are gay doesn’t make it a hate crime,” Davis insisted to the court during Mayfield's trial.

Prosecutors pointed out that over the course of the 300 yard hike from Mayfield's house to the home of victims Ariann Anderson and Jessica Meadows-Anderson, Mayfield passed any number of flags and banners that he could have snatched and burned, but chose not to.

Omaha.com reported that Mayfield "hopped a front-yard fence, jumped up to yank down the flag, hopped back over the fence and rushed home. He got a gas can out of his garage, drenched the flag, set it on fire, then walked 300 yards back to the couple’s home."

The victims said the late-night attack was terrifying. As Mayfield menaced them from the street, they frantically checked their doors and windows, thinking they were about to be attacked in their own home.

In a statement to the court, the couple -- who were married in Iowa in 2011 -- said, "Had the man who burned our gay pride flag burned our Husker flag, we would have still called the police -- but we wouldn’t have felt as threatened,. We wouldn’t have wondered ‘what’s next?’ What became so clear to us after Saturday night, is that the intent really does make a difference. Seeing him waving that burning symbol of a controversial, and inherent part of our being(s) as a minority, in front of our house as a clear message, made it scary. It made it an attack as opposed to a prank.”

Watch video about this story from March, 2015, embedded below: