O'Reilly asks Trump: How can you help blacks get jobs when they 'have tattoos on their foreheads'? 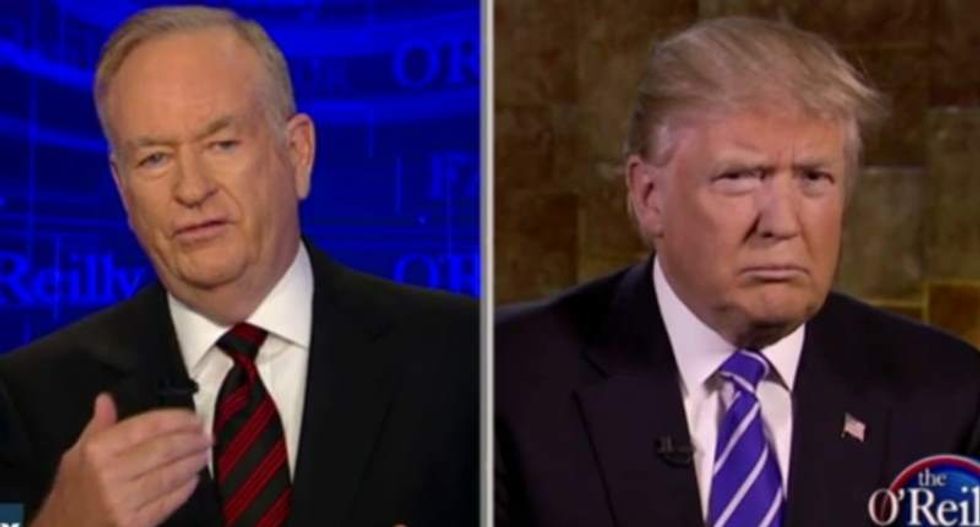 Bill O'Reilly questioned Donald Trump's ability to provide jobs in African-American communities during an interview on Monday by painting black Americans as being ill-equipped for the labor force.

"How are you going to get jobs for them?" O'Reilly asked. "Many of them are ill-educated and have tattoos on their foreheads, and I hate to be generalized about it but it's true. If you look at all the educational statistics, how are you going to give jobs to people who aren't qualified for jobs?"

"We're gonna bring jobs back," Trump responded. "We're gonna have Apple computers made in this country."

"But you have to have skills to make Apple computers," O'Reilly said.

"We will get the skills and we will develop the skills," Trump insisted. "We have an incredible population and they don't have the jobs."