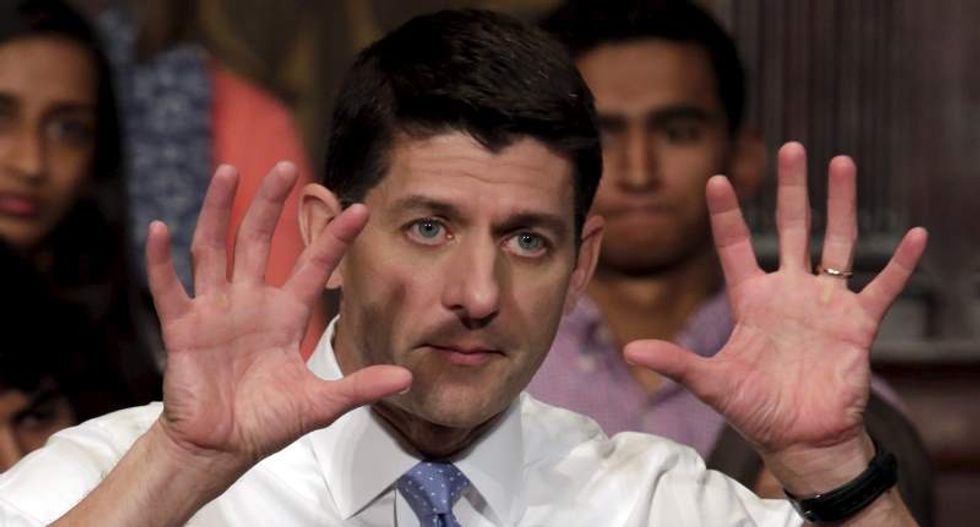 U.S. House of Representatives Speaker Paul Ryan called on Wednesday for an end to Obamacare's financial protections for people with serious medical conditions, saying these consumers should be placed in state high-risk pools.

The rule, a cornerstone of President Barack Obama's Affordable Care Act, has been praised by patient advocates for providing access to medical care for people who previously could not afford private health insurance. The Affordable Care Act also bars insurers from excluding coverage for pre-existing conditions.

"Less than 10 percent of people under 65 are what we call people with pre-existing conditions, who are really kind of uninsurable," Ryan, a Wisconsin Republican, told a student audience at Georgetown University.

"Let's fund risk pools at the state level to subsidize their coverage, so that they can get affordable coverage," he said. "You dramatically lower the price for everybody else. You make health insurance so much more affordable, so much more competitive and open up competition."

Charging the same rates to individuals regardless of their medical history is also a key part of group health plans in the private sector.

House Republicans, after repeated votes to repeal Obamacare, have promised to produce their own alternative to the Affordable Care Act as part of a broader policy agenda intended to attract voters in the Nov. 8 presidential election. The policy document is expected just ahead of the Republican presidential nominating convention in July.

High-risk pools, which existed before the healthcare law, are state-level entities that guarantee coverage for people with health problems. Analysts say they can be prohibitively expensive and offer less than optimal health coverage.

Republicans have proposed state-based risk pools as an Obamacare alternative in the past. Last week, the conservative Republican Study Committee recommended risk pools as part of the House policy agenda, saying premiums should be capped at 200 percent of a state's average.