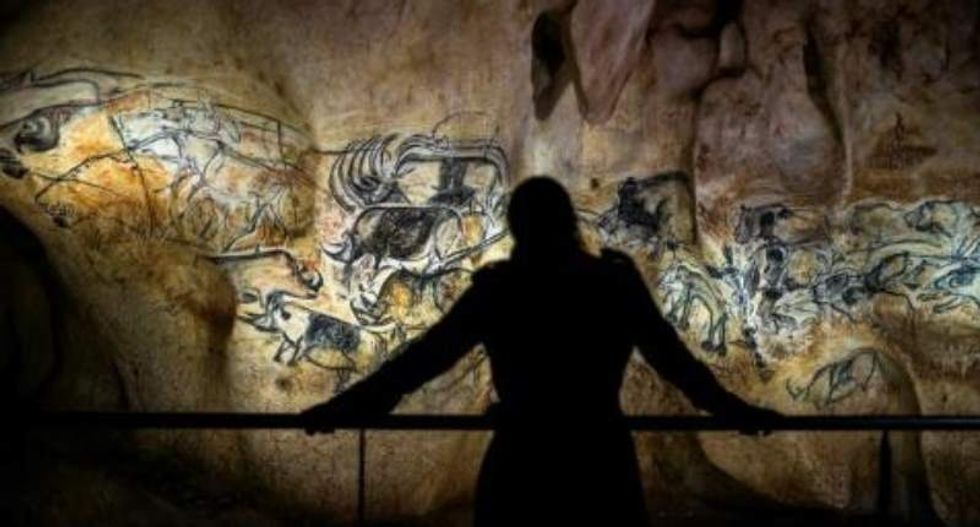 Some of the world's oldest prehistoric artwork, located in the Chauvet-Pont d'Arc cave in southeastern France, is actually 10,000 years older than previously thought, researchers said Tuesday.

The red and black cave drawings contained in the cave are more than 30,000 years old, according to a radiocarbon dating study published this week in the Proceedings of the National Academy of Sciences, a peer-reviewed US journal.

The cave is located in Vallon-Pont d'Arc, Ardeche, and was classified as a United Nations Educational, Scientific and Cultural Organization (UNESCO) World Heritage site in 2014, 20 years after it was first discovered.

"What is new in our study is that we have established the chronology of the cave for the first time in calendar years," said Anita Quiles, a scientist at the French Institute for Oriental Archaeology in Cairo.

Because of stylistic similarities, researchers had long believed that the Chauvet art was from about the same period as that contained in Lascaux, a prehistoric site in southwestern France that dates to 20,000 years ago.

"We can now say with certainty that there has been no human activity in the Chauvet cave for about 30,000 years."

The study analyzed charcoal samples on the cave floor and walls, and found that there were two phases of human occupation.

The first lasted from 37,000 to 33,500 years ago, said the study, appearing to come to an end around the time of a rockfall in one section of the cave.

"The end of the second human occupation correlates with a second rockfall 29,400 years ago that partially closed off the cave entrance," said the study.

Researchers also analyzed animal bones found in the cave and identified them as belonging to cave bears.

No human remains have been found inside, and experts believe this is because people did not live in the cave but rather visited from time to time.

The artwork contains 447 drawings of animals, including deer, horses and rhinoceroses.

The study took 18 years, and involved creating a statistical model which included more than 250 dates derived from samples of charcoal and bone, according to Jean-Michel Geneste, scientific director for the Chauvet-Pont d'Arc cave.

"This is pretty revolutionary for us. It is a new tool which could be used elsewhere to study other ancient time periods," he said.

"We can now confirm that 36,000 years ago, during the Upper Paleolithic period when modern tools, art and jewelry-making techniques appeared, we already had art that was quite evolved, accomplished, and already the object of a very long memory and a long cultural tradition in western Europe," he said.

"Before, this was a hypothesis. Now that we have dozens of dates, we have certainty."