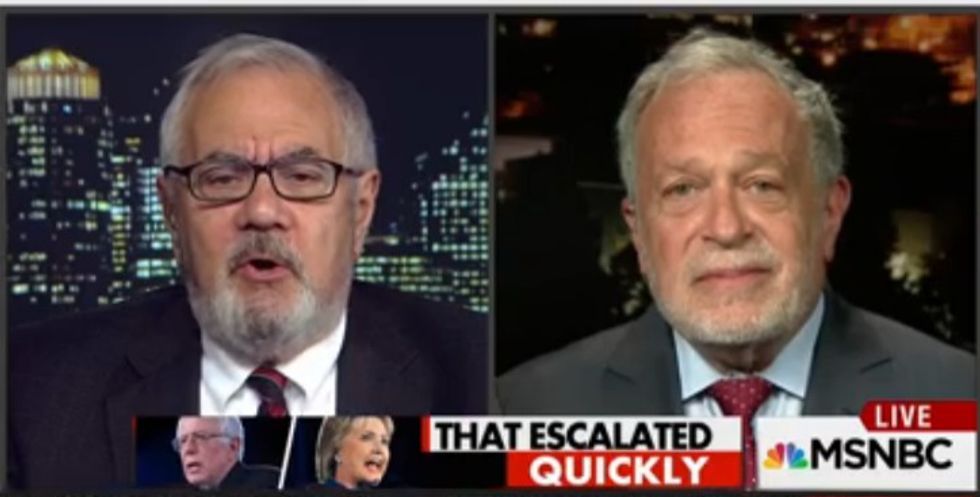 The debate centered around Sanders' remarks to the New York Daily News editorial board concerning the idea that the country's biggest banks are "too big to fail," and his goal to break them up should he be elected president. The lawmaker has since been accused of failing to provide a cohesive plan to do so.

"If you believe the banks ought to be broken up -- by the way, most of the federal officials do not believe you have to break up the banks; we think we have to control their indebtedness and that, again, is a point you seem to miss," Frank told Reich. "Beyond that, if you tell me you think the banks are too big and have to be broken up, to what level? If the argument is that we cannot allow an institution to exists if it's going out of business, I ask people to tell me to what level. Is it $500 billion? Is it $300 billion? All those have implications for the economy."

"Of course they have huge implications for the country," Reich responded.

"If they are already too big to fail and curtail and jail," Reich said. "If there's no way to control the big banks in this country -- and there is none right now -- in my view, they should be broken up right now."

"How big is too big?" Frank asked.

Hayes then interjected, asking whether a provision in the Dodd-Frank Act provided a "lasso" reining in financial institutions who would fit that description.

"The biggest banks right now don't even have plans for winding themselves down in the event of a financial problem," Reich said. "The [Federal Reserve] and all of the oversight groups who are supposed to be looking at them have failed them on the basic principle of having a winding-down plan."