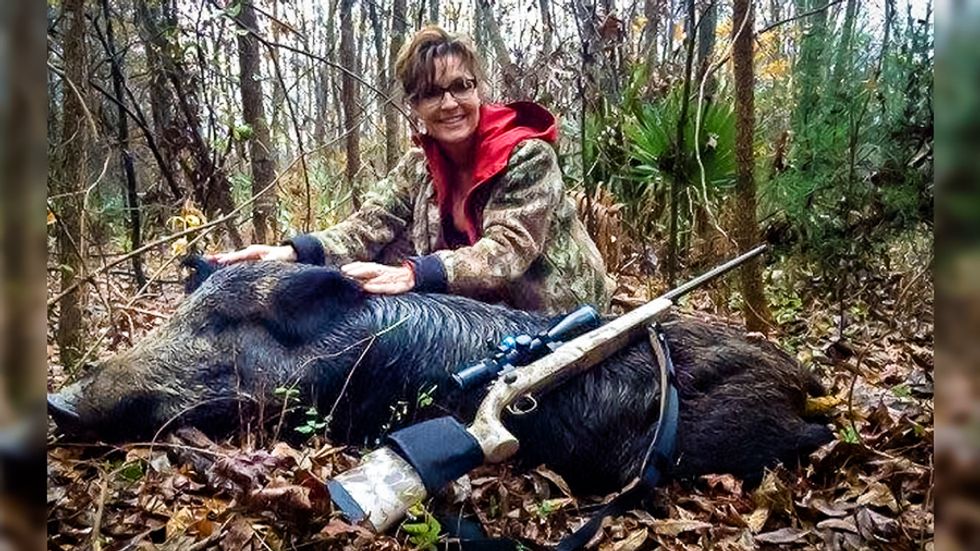 Former Alaska Gov. Sarah Palin posed with a wild hog and posted the photograph to Facebook over the weekend to encourage Wisconsin voters to turnout for GOP front-runner Donald Trump.

In a Sunday Facebook posting, Palin can be seen caressing the dead hog. A rifle in the photograph suggests that the animal had been recently killed.

"Faith of America is in you to take us forward on Tuesday," she wrote to Wisconsin voters. "[R]emain strong and independent of the status quo political establishment so your vote will truly represent your optimistic spirit and desire to WORK!"

According to Palin, the GOP's "establishment agenda" caused the Republican Party to lose the state of Wisconsin in the 2012 presidential election.

"The continued games of the permanent political class will assure a Hillary victory unless you tell them 'ENOUGH!; and vote for bold, new leadership that puts your interests before party politics," Palin added. "Vote for Donald Trump on Tuesday to make America great again."