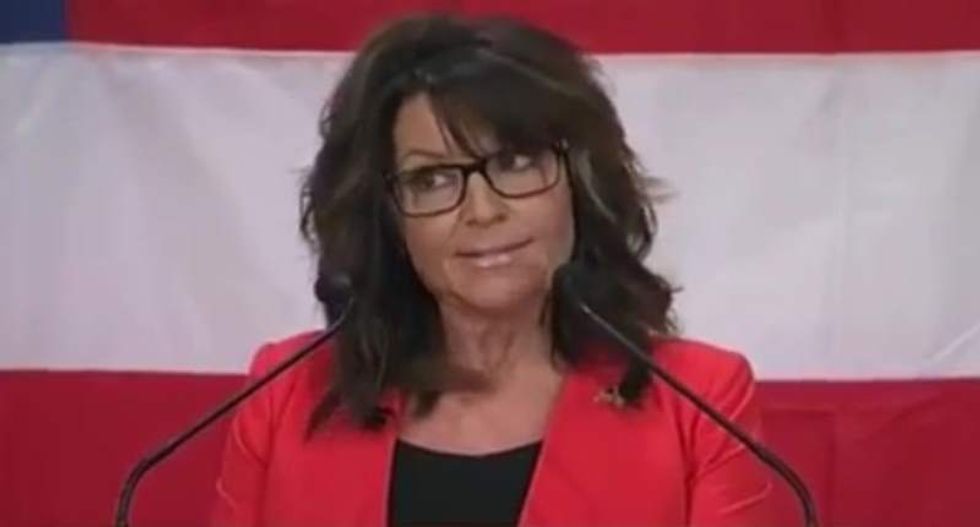 Sarah Palin delivers a speech to the Milwaukee Republican Party on April 1, 2016. (YouTube)

But footage of Palin's appearance showed audience members looking at her with bemused expressions. The Washington Post noted that the former vice-presidential candidate had received no applause eight minutes into her speech, though there were "some eye rolls and phone checking."

Palin was there as a surrogate for Trump in advance of next week's state GOP primary. The party's other presidential candidates, Sen. Ted Cruz (R-TX) and Ohio Gov. John Kasich, also spoke at the event.

The crowd did give Palin some polite applause toward the end of her remarks, during which she thanked the audience "for your graciousness in allowing me to crash your fish fry."

Watch Palin's speech in its entirety, as posted online, below.