SC sheriff compares NAACP to the KKK: 'The most racist people in America are minorities' 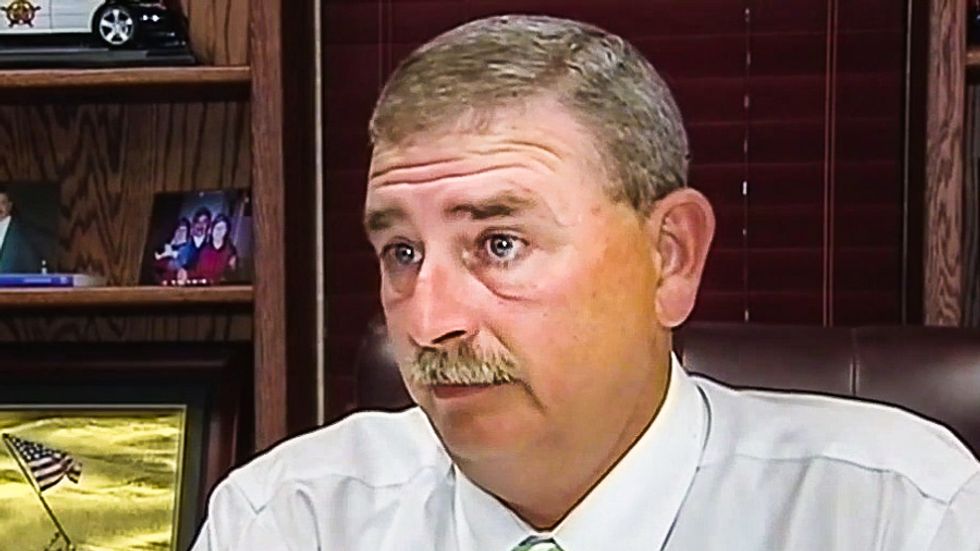 Sheriff Chuck Wright of Spartanburg County, South Carolina came under fire this week after he recently argued that minorities were "the most racist people in America" and compared the NAACP to the Ku Klux Klan.

While speaking to the Greenville-Spartanburg Republican Women’s meeting on April 7, Wright asserted that the NAACP was a racist organization because it focused on the civil rights of African-Americans, WYFF reported.

“I think the most racist people in America right now sometimes are minorities, small group minorities," the sheriff opined, adding that not all minorities were racist.

"I've got a chaplain who works for me. He's an African-American, he is my brother and I love him more than anything. He doesn't buy into that mess. A bunch of his friends don't either," he said. "They don't do the NAACP because I feel like that is a racist group as well as the KKK. I don’t care about them either."

"I don't want to be a part of no group that's got something to do just because of your color. I don't think they're right," Wright continued. "I think if we would quit worrying about Democrats or Republicans and just love our neighbors as God told us to, we're gonna be better. We're just gonna be better.”

Russell Lynch, an independent running against Wright for sheriff, responded by saying that Wright's comments were "not conducive to solving those problems and addressing those issues and building those relationships with anybody, minorities included."

"It's an embarrassment to a law enforcement for a law enforcement professional to sum a group like the NAACP up as being a racist organization," Lynch insisted. "Because the group I've been dealing with in Spartanburg, they've been nothing but good people."

Wright later told WYFF that he agreed that the Spartanburg NAACP chapter "tries to help everybody."

"There's a very small group within that group. They're divisive, and I don't buy into that mess," Wright remarked. "I don't care about any group or any person who doesn't respect you just because of whatever color God made you."