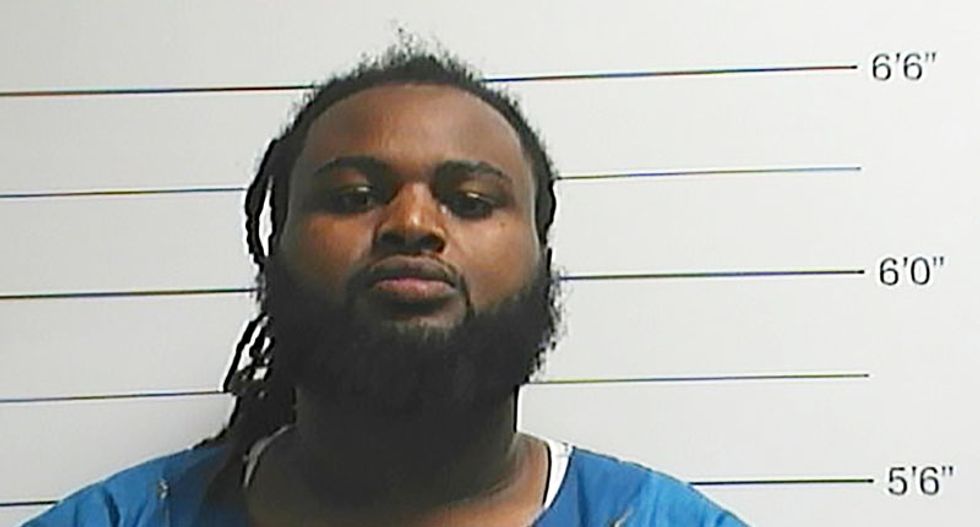 Former NFL athlete Will Smith was killed and his wife injured by a gunman who shot the retired football player several times after ramming into his car in New Orleans, police and a local media report said on Sunday.

Suspected shooter Cardell Hayes, 30, was arrested and charged with second-degree murder, the New Orleans Police Department said in a tweet. Police said they were investigating the killing as a possible case of road rage.

Smith, 34, a retired defensive end with the National Football League's New Orleans Saints, was traveling in a Mercedes in the city's Lower Garden District shortly before 11:30 p.m. CDT (0430 GMT) on Saturday when his car was rear-ended by a Hummer.

Smith exchanged words with the driver of the Hummer, who took out a handgun and shot him several times, New Orleans Police Department spokesman Juan Barnes said in a statement.

Smith was drafted by the Saints in 2004 after playing college football with Ohio State. The 6-foot 3-inch (191 cm) defender played a decade with the Saints, including in their 2010 Super Bowl victory. He was injured in 2013 and his contract was terminated in 2014.

Saints fans and current and past players took to social media to mourn the death of the father of three children.

"Tragedy! Doesn't even describe the terrible news of the Nola legend Will Smith! Praying for the Smith family! Rest in Love Will!" tweeted Saints' offensive tackle Terron Armstead.

"In our community he was an important contributor to numerous charitable causes to benefit those in need," Saints General Manager Mickey Loomis said in a statement on Sunday.

During the Saturday night incident, a 33-year-old woman who was with Smith was shot in the legs and taken to the hospital, the police statement said. The Times-Picayune newspaper identified the woman as Smith's wife, Racquel Smith.

The shooting came during a New Orleans food and music event, the French Quarter Festival, which Smith attended with his wife. Hours before he was killed, Smith posted a photo of himself and his wife on Instagram, saying "Having a blast at the #fqf2016."

The shooting occurred in a neighborhood along the Mississippi River, adjacent to the French Quarter, known for art galleries, restaurants, bars and historic buildings.

Police said the shooter stayed on the scene after the incident and that they recovered the weapon used.