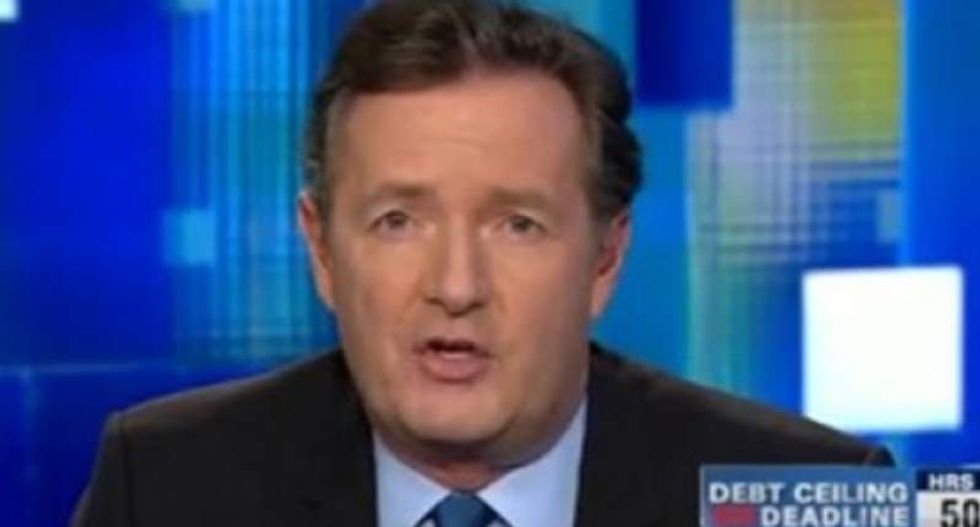 Former CNN host Piers Morgan became a trending topic on Twitter -- in part because of the anger he incited for belittling Beyoncé's latest album, which features the mothers of Trayvon Martin and Michael Brown.

"I have to be honest, I preferred the old Beyoncé," he wrote. "The less inflammatory, agitating one. The one who didn’t use grieving mothers to shift records and further fill her already massively enriched purse. The one who didn’t play the race card so deliberately and to my mind, unnecessarily."

Morgan's column was immediately panned by other news outlets, and that criticism extended to Twitter, as seen below: 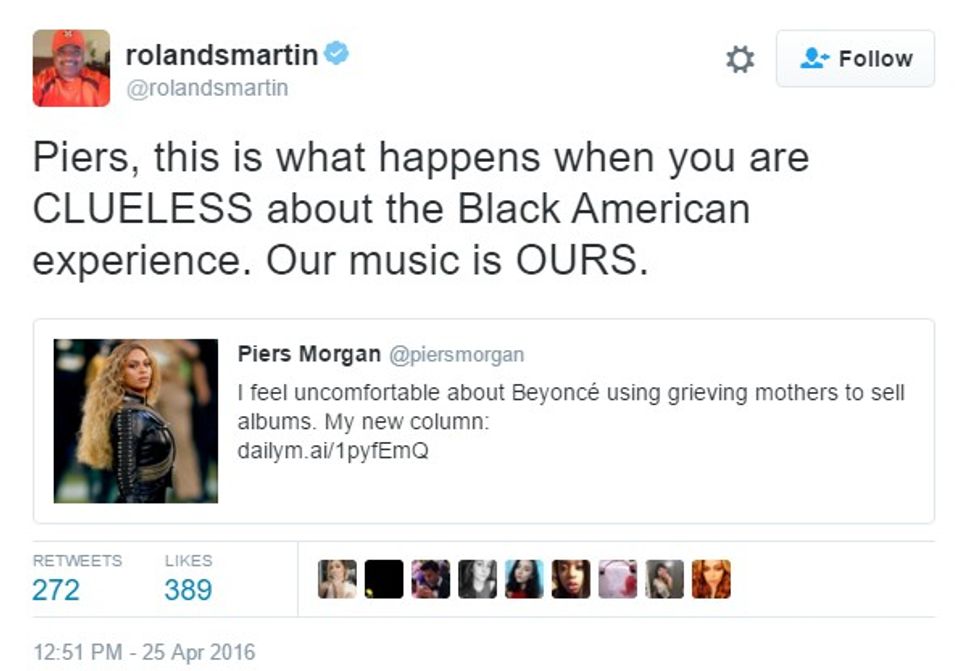 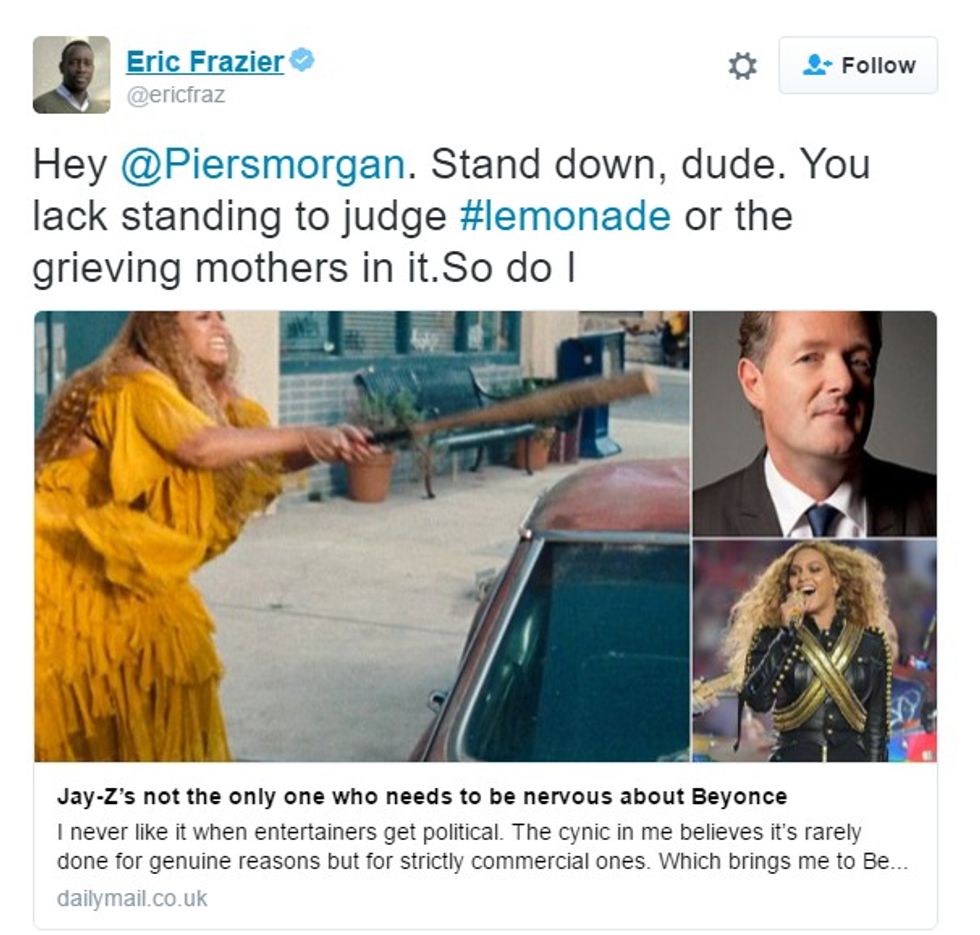 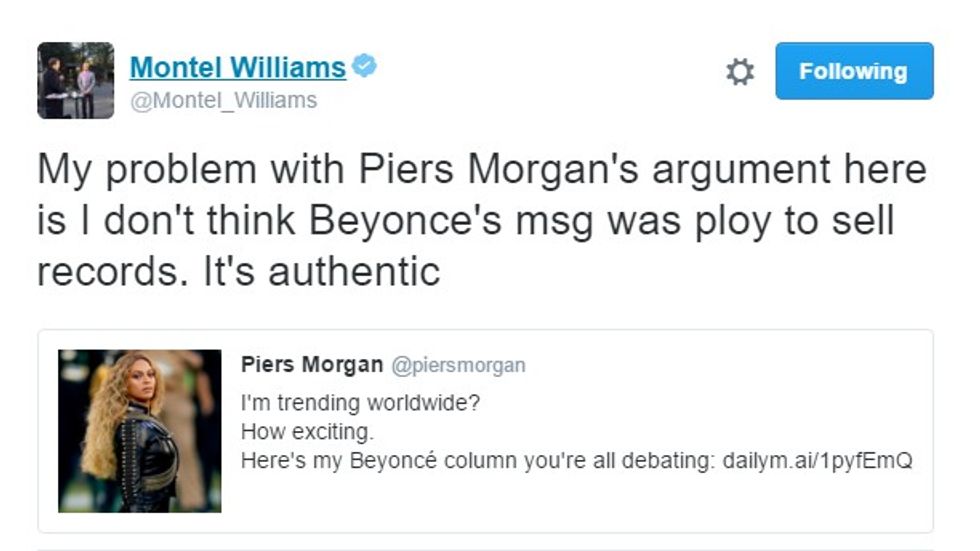 For his part, Morgan claims to enjoy the attention: 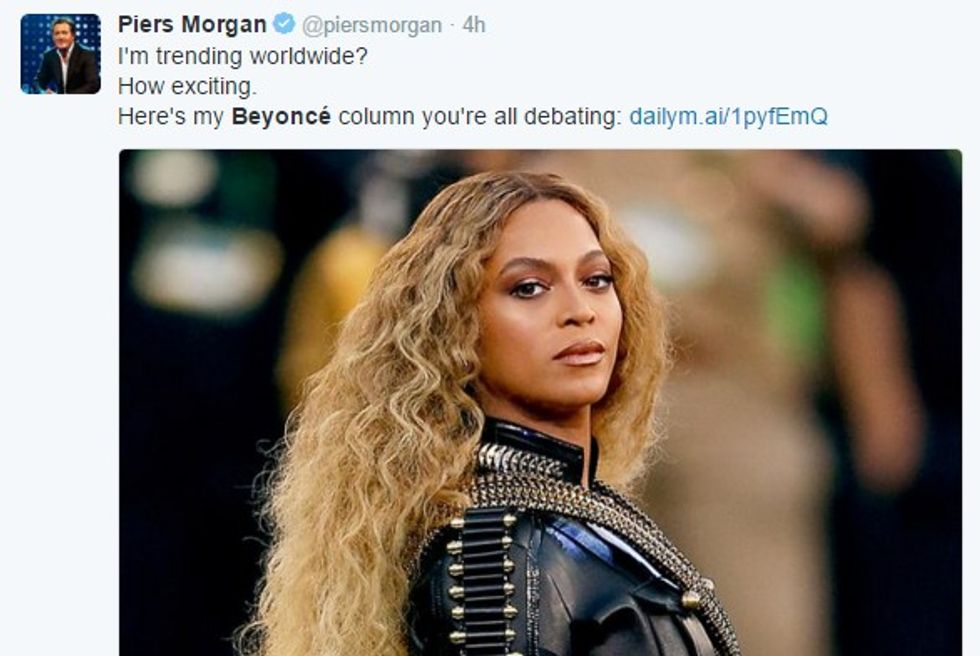